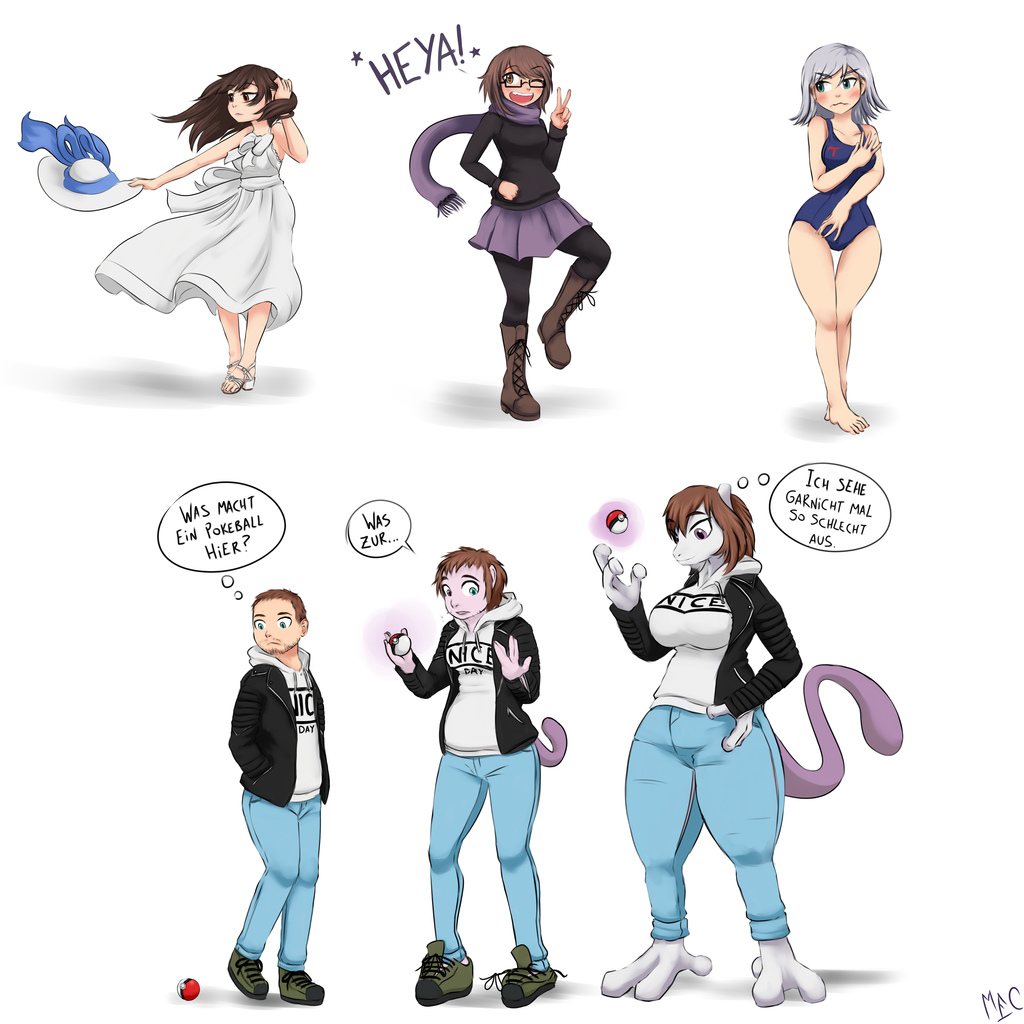 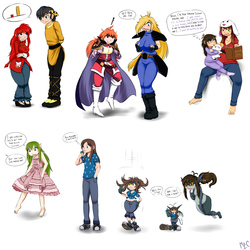 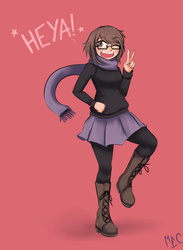 1º madcapguy asked for a sequel to this pic he commissioned last year. It has apparently been a few years in the pic though, she's older, maybe reminiscing about that summer and about to let that hat get caught in the breeze?

2º AurraShadefire asked for a simple pic of her character Ellen, greeting at the viewer :>

3º Alkonium asked for a pic of Azee Gurumin from Gundam Iron Blood Orphans wearing a sukumizu type swimsuit, but it's clear she isn't really into it :y poor thing, she looks so embarrased. I'm not really familiar with the character but from what I understand she's the cool type you wouldn't normally see wearing that.

4º XXLPlakat asked for a sequence turning an extra t h i c c furry-esque female Mewtwo, I can translate the text if you want, but I think it's quite clear from her reaction that she isn't at all angry at the result, I mean who would be? :y