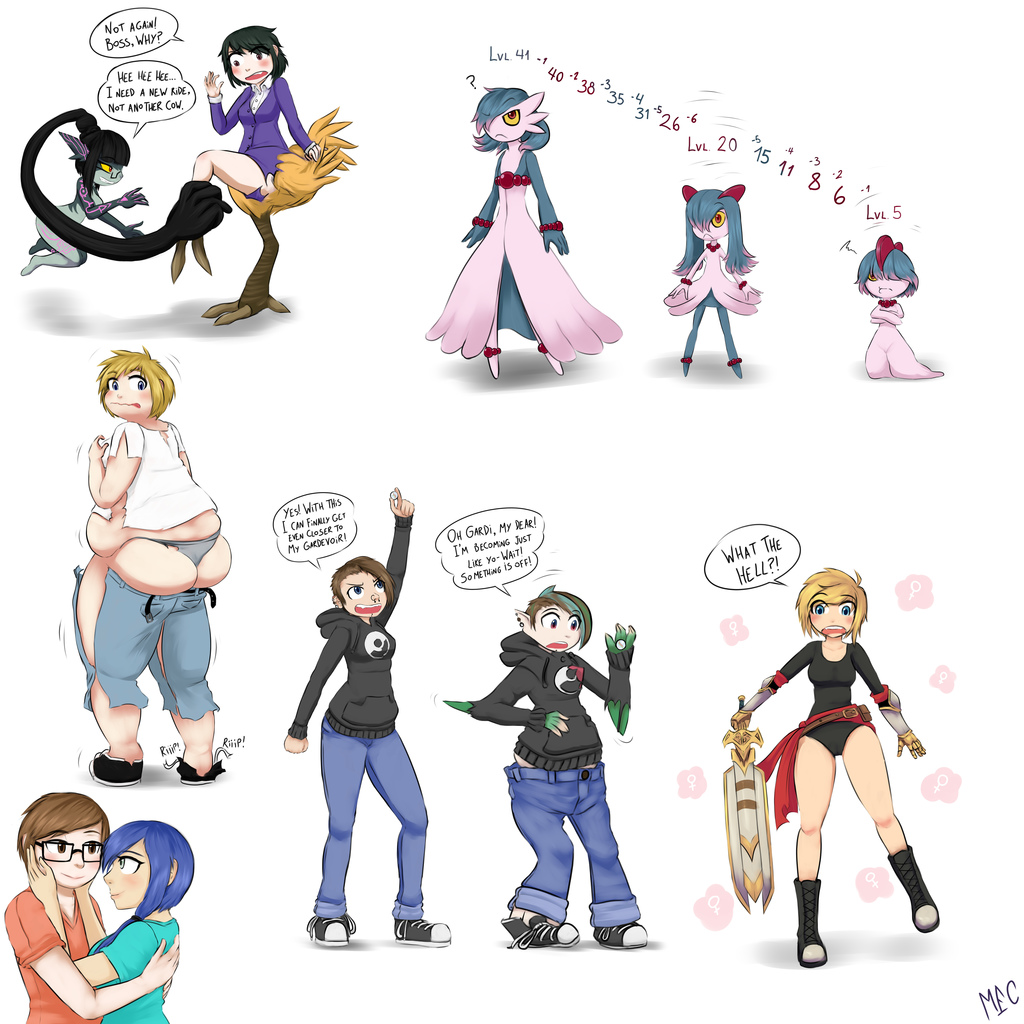 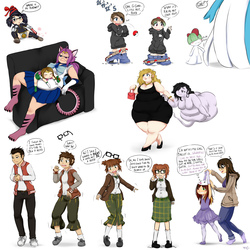 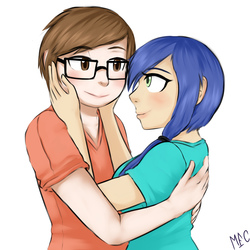 1º Redmond17 Asked for a continuation to his two previous commissions: Brittany's New Assistant and Cow or Imp, it's clear Brittany has gotten used to her Imp form, and now Mona hasn't just been turned into a girl, now she's a Chocobotaur too, but hey! Imp Brittany needs a ride, and not everyone likes riding wolves :> There is a direct continuation to this pic in the other canvas.

2º koooldawg Has her super lovely character Misdrevoir, a Poke Fusion of both Gardevoir and Misdreavus, but the poor thing has found herself de-leveling, and because of it de-evolving, first into a Kirlia (Or Mislia to be more specific) and then her basic form, a Ralts (Milts since she's still half Misdreavus :V)

3º Nassley Asked for yet another addition to the Nashley Set, counting this and the next (In the other canvas) dat set is complete :>

4º n0tsaved Asked for a simple cute pic for some friends, starring themselves hugging happily.

5º H-exe Sweet Helen tried to use Gardevoirite to turn into a Gardevoir, but as it seems the poor cute 3.14 is turning into a Gallade instead. Eh, close enough, you can still be a cute Gallade >3<

6º Alkonium Asked for Jaune, or rather Jaunette Arc, poor guy has gotten himself TGed, which apparently costed him chest armour, chest in exchange for a chest uh? >3>