The Farrier Queene by Megan Bryar 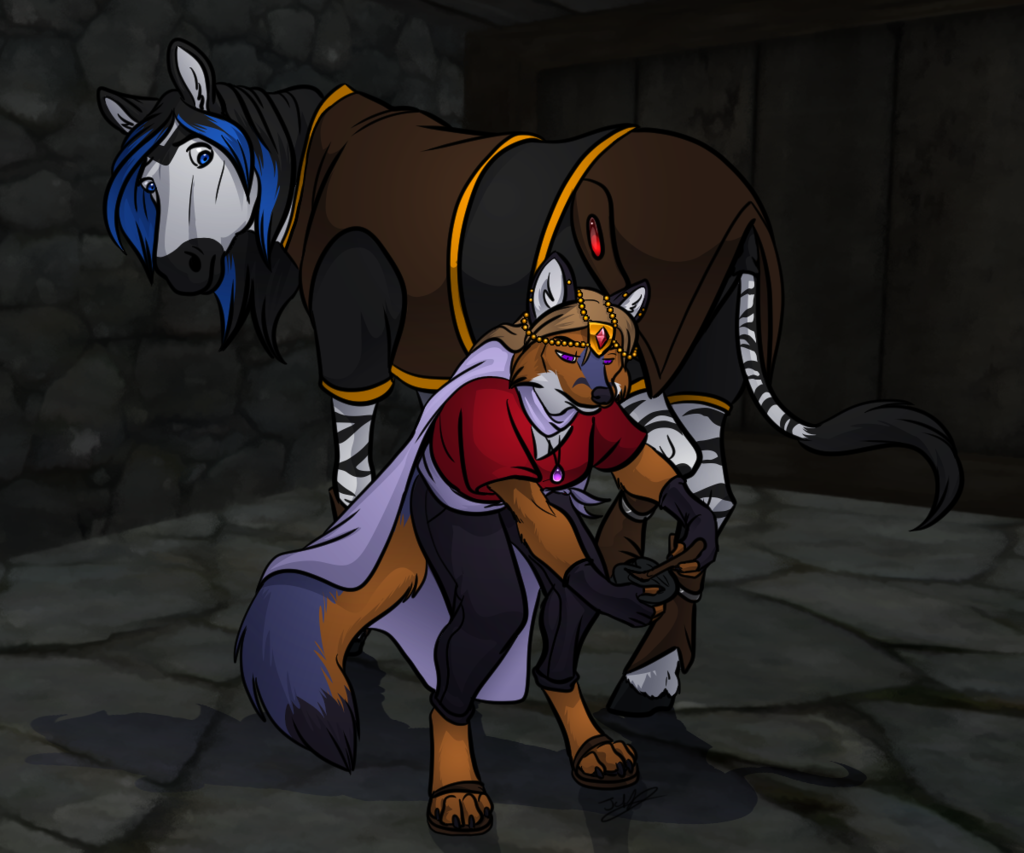 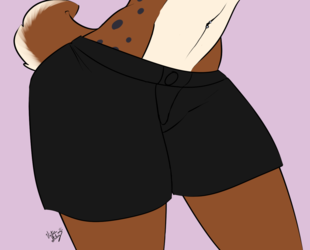 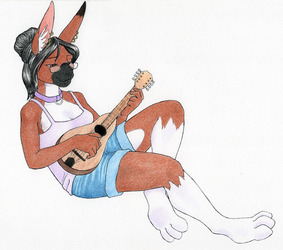 Ciara regarded the creature before her with some incredulity before giving her a gentle hug around the neck. "When they told me up in the throne room what had walked into the stables I didn't believe them. You look like you've been through a lot. Why don't you tell me what happened while I tend to your needs a little bit?"

"I couldn't ask you to do that," Lauren said, feeling a little guilty she could not clean herself in this condition. She had been transformed from her normal self into a four legged feral form, somewhat like the other horses in the stables. Despite being changed, she appeared to retain her mind and ability to speak, for which she otherwise appeared none the worse for wear.

Ciara pulled out some tools. "Don't be silly, you obviously need some looking after. I've got some experience in taking care of horses, you know."

"I'm not a horse," Lauren protested.

"Is now the time to be making that distinction?" Ciara asked. "Anyway, why don't you start at the beginning and tell me what happened, while I take care of you."

Lauren sighed. "Fine. I arrived on the island's shore a few days ago with a trading boat. When I stepped onto the dock I made my way to the nearest road to see you. As I got out of sight of the boat I felt a magical attack, but before I could react my hands became useless and my body ceased being able to stand on two legs. Before I knew it I was as you see me now. Unable to use my powers, some men tried to capture me. I don't know why they wanted me or what they planned to do, but I knew I had to get away. I figured out how to run in this form and bolted for the castle. I wasn't sure of the direction but I knew the general way. After running for hours I stopped by a river and caught some water. I laid down for a time to regenerate my energy, and right then I tried to figure out what to do. I could still talk, but there was no one to talk to."

"Lift your back left leg," Ciara ordered, and while she did so the fox picked the dirt from where it had collected in her hooves.

"I walked up to the edge of Cearnach and asked for you. The guards were rather surprised, but they seemed to take me at my word." Lauren lowered her hoof when Ciara let go, and felt a tap on her other rear hoof, which she obligingly lifted. Ciara did the same to her other hoof, cleaning the dirt from it.

Ciara nodded. "I'm certain they recognized you, even like that. You're the only blue haired zebra with clothes like that they've ever seen, and you did help to save our kingdom from the trio."

"Well, they took me here and put me in this stall, though they didn't lock the door. I guess they didn't want me to feel like an animal." Lauren watched the fox work as she pulled out a brush and started to brush the dirt from her fur.

"I'm going to have to take these clothes off you to wash you. Since I've already seen you naked it won't be anything new," she said.

"Just for a bit, you expect me to clean you with those on?" she asked.

"I guess not. Where will I sleep? What will happen to me?" she asked in return.

Ciara placed a paw on her neck. "I don't know yet. Either way, we'll figure out who did this to you and how to return you to your normal form. Even if we can't fix you, you'll be well taken care of, by royal order."

"I can't thank you enough," she said.

The fox gave her a kiss on the cheek. "Tonight, you'll sleep in one of our guest rooms, the beds are large enough for someone your size. I'll even tuck you in." Ciara rubbed her neck gently with another paw. "I don't suppose you'd like to have something to do while you're stuck like this, would you?"

Lauren raised an eyebrow. "What did you have in mind?"

"Well, Emer is starting to learn to ride, and she could use a mount for a while. One that knows how to behave and can treat her well," Ciara said.

Ciara smiled and poured some oats into a feed bag. "I don't know what zebras eat, but hopefully this will do," she said.

Lauren raised an eyebrow. "You know, if I didn't know any better, I'd almost suspect you were enjoying this."

"No, I would never..." Ciara said, a small chuckle escaping her muzzle. "You have to admit, you are kind of cute. Don't worry about a thing though, we'll get you right, I promise. After a few rides, that is. Now eat up, and I'll go fix your room."

Before Lauren could protest, she slipped the feedbag over her muzzle and soon the pleasant sounds of crunching filled the stable.

Ciara Lohan belongs to me

With apologies to Edmund Spenser.