Draw This Again: Marwan by Marwan 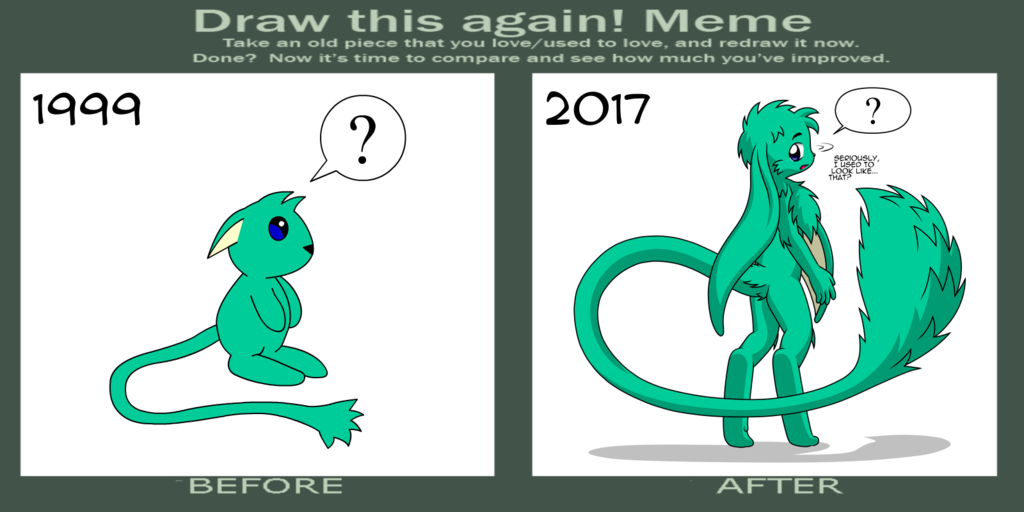 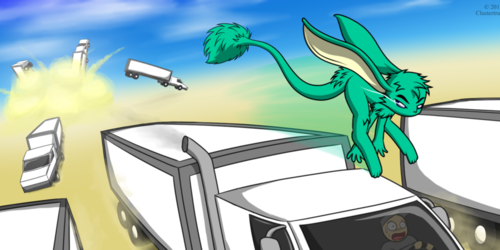 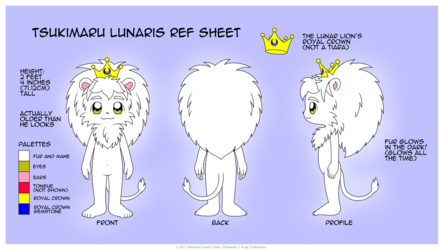 I've been meaning to do this for quite a long while.

My fursona, Marwan, back when I drew him for the first time, and compared to how he looks like now. Incredible, isn't it? Furthermore, the sizes are to scale: he really was that incredibly short back then. XD Even I'm surprised by how different he looks now.

He wasn't my fursona yet on that time. That didn't happen until in 2002, when I was in a webcomic forum, and I needed a character to represent myself, as some of the members there are furries and like to RP in the forums. He was originally created for a comic way back in 1999, as a companion critter for a boy who wanted to be an aspiring magician. (Kinda like the incredibly cute guardian beasts in Summon Night.) Alas, that comic never came to be, but I kept that character, eventually turning him into my fursona, naming him after my real name... His design evolved over the years as I became more and more deeply connected within the furry fandom.

I'm just glad that it happened. Marwan became a vessel for me to project my personality through. It's incredible to see how much his design has changed since then. It's also thanks to him that I get to be a better artist over the years, as I needed a character to practice drawing with.