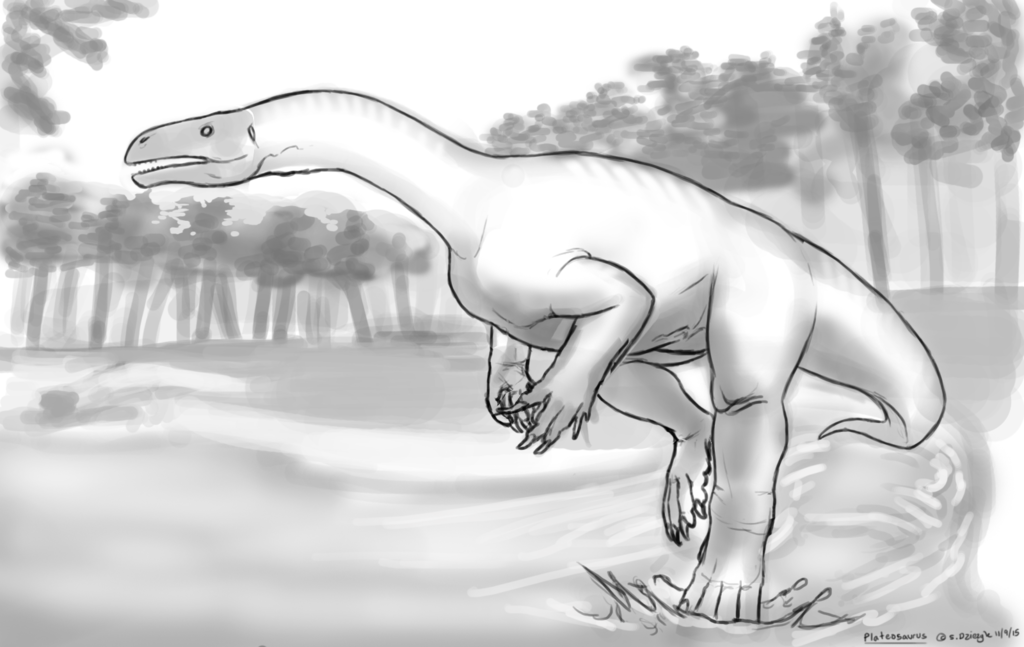 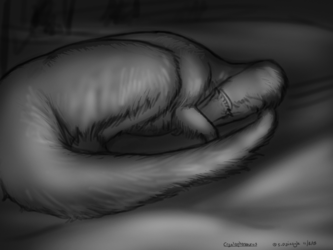 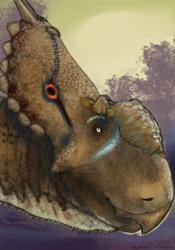 Plateosaurus running spooked by something in the water (or out of view). I love their cute little hands!

"Plateosaurus shows a number of cursorial adaptations, including an erect hind limb posture, a relatively long lower leg, an elongated metatarsus and a digitigrade foot posture.[7] However, in contrast to mammalian cursors, the moment arms of the limb extending muscles are short, especially in the ankle, where a distinct, moment arm-increasing tuber on the calcaneum is missing.[2]This means that in contrast to running mammals, Plateosaurus probably did not use gaits with aerial, unsupported phases. Instead, Plateosaurus must have increased speed by using higher stride frequencies, created by rapid and powerful limb retraction. Reliance on limb retraction instead of extension is typical for non-avian dinosaurs.[67]" -Wikipedia