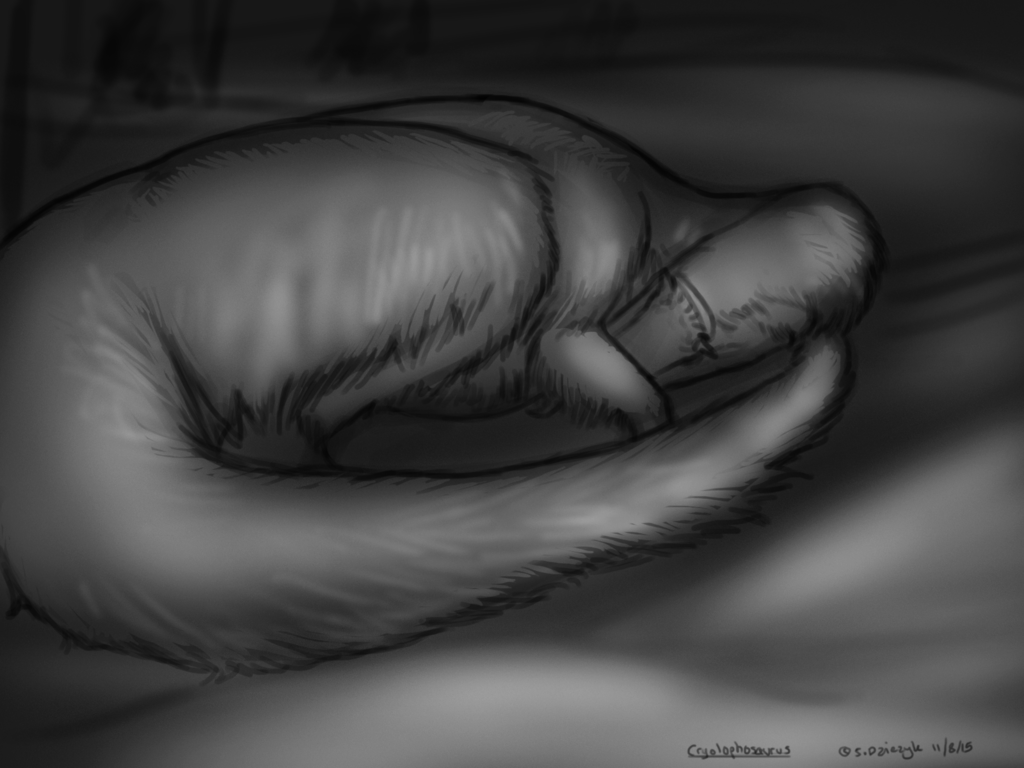 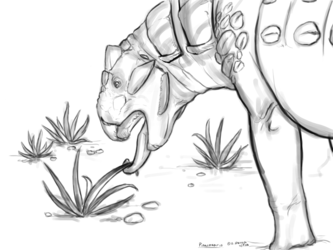 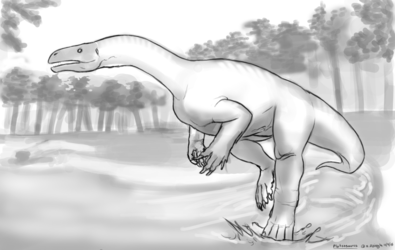 This fluffy tetanuran is all tucked in and sleeping away an Antarctic winter night.

"In the Early Jurassic, Antarctica was closer to the equator and the world was considerably warmer than today, but the climate was still cool temperate.[22] Models of Jurassic air flow indicate that coastal areas probably never dropped much below freezing, although more extreme conditions existed inland.[23] Cryolophosaurus was found about 650 kilometres (400 mi) from the South Pole but,[4] at the time it lived, this was about 1,000 km (621 mi) or so farther north.[20] This formation has produced the remains of Glacialisaurus24, a crow-sized pterosaur (a dimorphodontid), a mammal-like reptile (a tritylodont, which is a type of synapsid about the size of a rat), herbivorous mammal-like reptiles, and another unknown theropod.[8] In 2004, paleontologists Judd Case and James Martin informally recovered the partial remains of a large sauropod dinosaur that has not been formally described as of 2004.[22] There are also the remains of many plant genera recovered from the Early Jurassic Camp Hill Formation, around the same age as fossils of Cryolophosaurus, proving that dense plant matter had once grown on Antarctica's surface before it drifted southward.[25]" - Wikipedia