On The Other Hoof by LaurenRivers 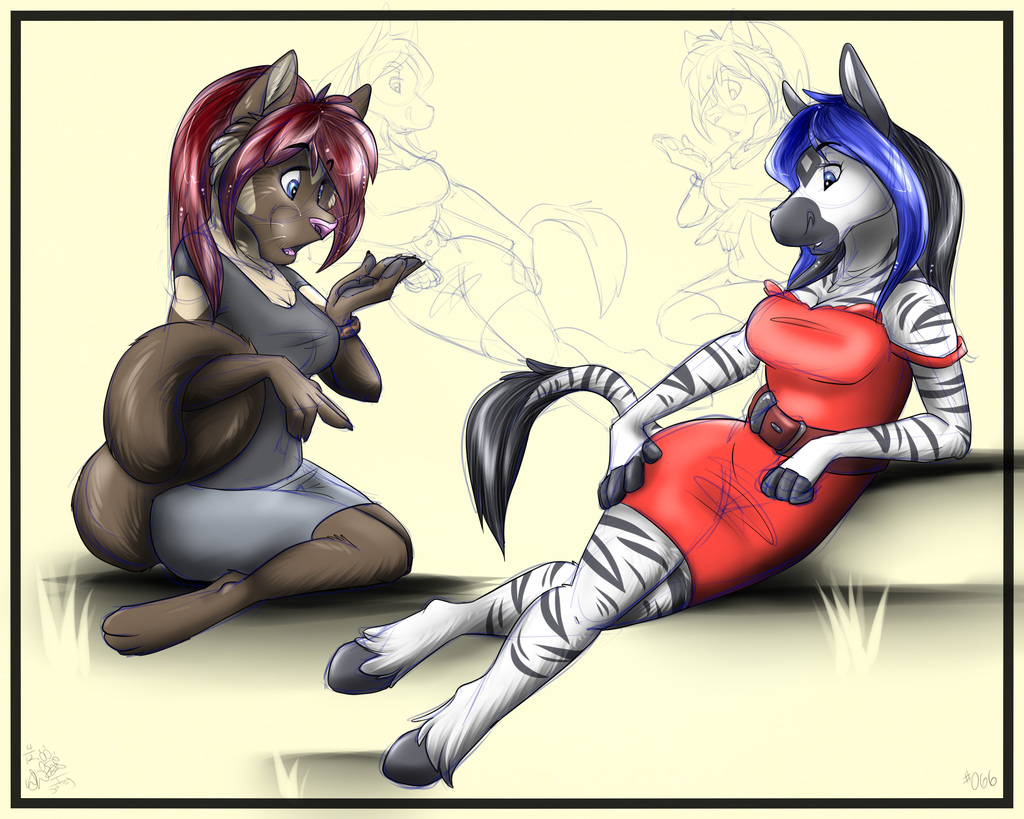 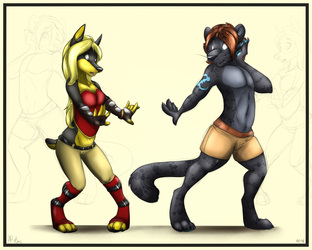 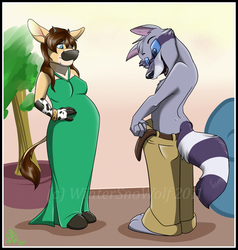 On The Other Hoof

Lauren placed the bracelet on Topaz's wrist, attempting to give the kitten some reassurance. "Look, I've been to plenty of parties before, I'll make sure that they absolutely love the heck out of you. All you have to do is wear my body until I get back and keep me out of trouble."

The kitten nodded, visibly grateful that she would not have to try to impress all of the fancy people at the gala that evening. Lauren had offered to spare her the experience so that she would not need to remember all of the rules of etiquette and how to dance. She could do it, of course, but her companion was far more comfortable in a denim skirt and bare paws than a gown and heels.

Lauren read the spell aloud, their vision blurring and their bodies warming as the bracelet transferred their consciousnesses into each other's forms. Once it had been completed, Lauren looked at the body she would occupy for the next 16 hours. It was covered in unfamiliar chocolate brown fur, with paw pads and sharp claws. Her muzzle was shorter and her tail longer, seemingly moving on instinct. She wrapped her tail around her right arm, inspecting the teenage body of her friend. "I forgot what it was like to be sixteen."

"I hope I can walk in these things," Topaz said, her hooves a measure of some fascination. She studied them with no small measure of curiousity, her striped form that of a woman rather than a girl. "Do you think I can pass as you?"

"If you think I can pass as you. I told you everything you need to know, now just stay home and don't get my body arrested." Lauren insisted, her feline countenance firm.

Topaz stuck her tongue out at her former body. "I'll be good. You just keep boys hands off my body. I don't want to come back to an awkward conversation."

Lauren nodded in agreement, recalling how at sixteen, it merely took a boy looking at her to make her flush with warmth. She would be surrounded by them tonight, all of them wanting to dance with Topaz's body. "Oh, don't worry, I'll keep their paws to themselves. Now to figure out how this dress fits on me..."

Observing from the bed, Topaz watched her own form get dressed. Lauren smiled at her from time to time, wiggling her toes. "I forgot how it feels to have more than a single digit on your feet... So weird!"

"I could say the same about these!" Topaz held up her hooves to emphasize.

Lauren knew that tonight would be a fun party, but she had to remember not too have too much fun, after all, she had a ten o'clock curfew.