Momma's Night Off by LaurenRivers 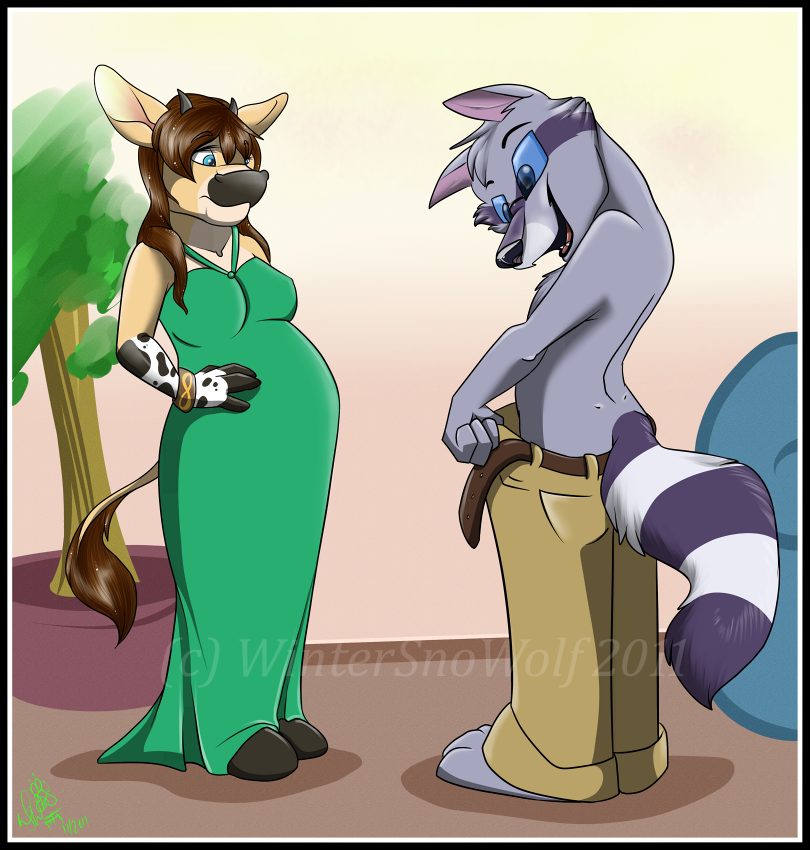 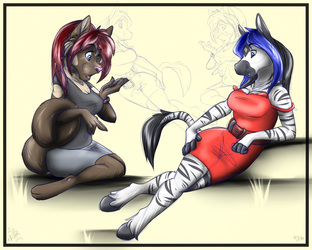 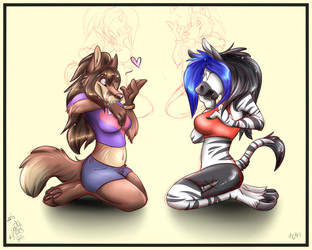 Rowan had met Ness online as he was apparently a fan of body swaps and seemed curious to see what it was like to be a female cow. Eagerly, she discussed the arrangement with him and the more they chatted, the more he seemed to look forward to it.

Days passed as Rowan waited until the prearranged evening, at which she left the door unlocked. Her guest entered and noticed the spell on the piece of paper on the table and read it aloud.

A warm sensation passed over her body and her vision blurred slowly as she felt the bracelet do its work. Soon enough her sight returned as she looked at the frames of his glasses.

His body appeared to be in good shape, a suitable form for him to wear for the evening. He looked at his raccoon form in the mirror against the wall and took off his shirt to examine his physique somewhat. "This will do nicely," Rowan said, now a male raccoon, unencumbered by his usual pregnant bovine body. He undid his belt and unzipped his pants to take a look at how he was in the male department. "Nice body!"

He looked up as Ness exited the bedroom in a dark green evening dress with her half giraffe baby inside her. She waddled slowly towards the woman now wearing his form and he looked at her tummy with some amusement. "You carry that weight well."

"You didn't tell me you were pregnant! Hey, how come you're half naked?" Ness complained.

"Sorry, I was just curious. I'm sure you'll take a good look when I'm gone too," Rowan replied. The blush on her own face made Rowan certain that the cow had planned to inspect her form in a similar fashion, but he planned to go out that evening.

"That's not the point. I didn't sign up for this."

"You wanted to try my body, didn't you? I warned you there might be some babysitting involved."

"You never said the baby would be inside me! OOF!" Ness held her tummy as the fetus kicked within her.

"Relax, you'll like motherhood for one evening. I'm just glad to have a thin body again for a few hours. Now I promise I'll behave, I just want to go dancing and get a few drinks. I'll see you later." With that, the cow in the raccoon's body put his shirt back on and rubbed his former body's tummy. "Momma will be back soon, Ness is going to take care of you while she's gone. You can have anything in the fridge." With that, the cow in the raccoon's body was gone.

Ness looked down at her pregnant form and held her tummy, feeling hungry for the strangest things.