"Never under estimate the fool. For even they can become a master."

I'm just your average joe. With a passion for game Design, and a talent for drawing. 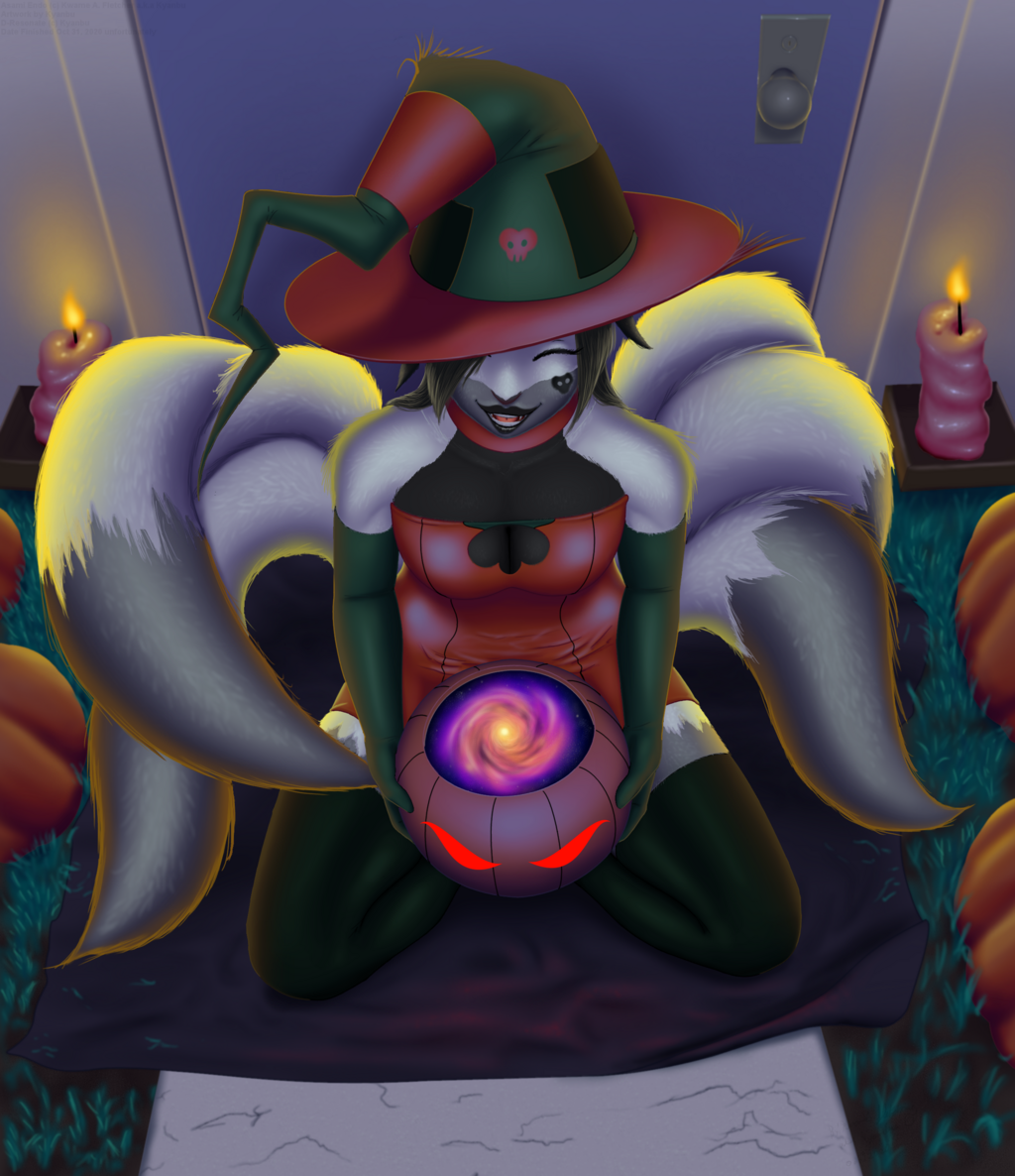 In many of the artworks Submissions I've posted on here. Some of you may have notice that I've mention "job classes" in most of the character bios I've posted in the description box under a number of them.

Well It's time I posted some info about those "Job classes". Inspired by Final Fantasy/DnD (what job class isn't these days). This class system is a left over from the old "Mischief Knights" days of this game project's concept stage. Back when it was planned to be a JRPG, before I discovered Stencyl and felt making a sidescroller would be more doable. And scraped/retooled a lot of those concepts into what we now know as "D-Resonate, Sonata of the Phantasm".

Well here's some more info on them. The one's I've posted so far anyway along with newer ones for characters whose bios have yet to be posted. Don't worry I have no intention of making this list obnoxiously huge. Especially seeing as these have very little to do with gameplay anymore beyond character back story and reasoning for their respective move pools/abilities.

Edge Caster/Dark Fencer/Holy Knight:
Characters skilled with both close ranged weapon combat and spells. Often using Spells to enhance,Augment (via Alchemy), or add element effects to there swings, parries, and thrusts. They aren't masters of either but their strength comes from their versatility. Dark Fencer is a variation of this with more focus on DARK element and VOID element attacks as well as other Vampiric or Demonic abilities. And Holy Knight is a Variation with a focus on LIGHT element attacks and defensive techniques.

Wise Caster/Alchemist:
Characters skilled with casting spells. They usually aren't well suited at physical combat and rarely use weapons. But they make up for this with a wide range of powerful spells and a greater understanding of the elements they command. Some will often focus on mastering a single element while others will focus on building a variety of different elemental spells at the cost of a weaker output for better versatility.

Hex Dealer/Illusion Caster:
Characters skilled in casting illusions through spells and the use of the environment. Usually adapts at VOID, LIGHT, and DARK element spells. Often relying on casting their spells remotely. Through objects and living things near or connecting to them. Through hidden spell circles set to go off after meeting a certain condition. Or making contact with the same surface wall/ground/ceiling as the target or object they wish to use. Or through drone and other similar types of technology. Often teleporting/warping from place to place to make an illusion as convincing as possible. "Hex Dealers" are a combination of both this and "Wise Caster". Using cards as part of their illusions. And using special decks of "Casting Cards" to cast one time only spells and effects (usually when thrown or struck) without expending any mana. Entertainers, Assassins, and Thieves are often practitioners of this job class.

Gun Caster:
Characters skilled with both fire arms and spells. Often using spells to enhance, augment, or add element effects to their shots. Usually adapt at making trick shots through trajectory manipulation via spells and special rounds. Or through the use of Mana Guns which have grown in popularity over the recent years due to the lack of ammo being needed in place of running off of and firing Mana itself. Being able to charge via the user drawing in Mana from the environment (or enemies). And due to them all being beam weapons. Making trick shot, especially more complex one, much more easier to perform and control without much loss in power, and more lethal against traditional. They can also use special rounds to cast spells when fired or a pone impact. In a manner very similar to "Hex Dealer" and their "Casting Cards".

Sage:
Characters that have become masters of a specific element in it's entirety. Sometimes to the point of becoming physical gods of that specific element at the cost of being weaker everywhere else spell wise. Usually this isn't too much of a draw back due to how deadly these characters can be with that element (a Sage of WIND spells could literally take your breath away for example). The Seven Sages of the "Sage Citadel" are the only known "Sages" in the World, including the Space Colonies. Others may exist but they are very few and far between. And usually end up being recruited/snatched by the "Seven Sages" themselves in an attempt to maintain the balance or to take them in as their successors from time to time.

Reaper/Note Caster:
Characters that are skilled at casting a special class of spells called "R Spells" or "Resonance Spells" through the use of instruments. Usually members of the "Reapers". A Guild composed of mostly Demons and Monsters that work for the Grim Reaper "Osiris Number" and his second in command and wife "Vita Number". All Reapers including the Grim Reaper himself (with the exception of Vita who uses a beam Scythe) each wield special weapons called "Note Scythes". Magitech Scythes with instruments built into them. These weapons are used to allow them to summon and round up lost souls and spirits such as the "Phantasms". As well as cast power "R Spells" a unique type of Musical Spells that can only be cast using a "Note Scythe" or "Note" weapon. Each member of this massive group is spread across the World of Alterra. Each assigned to a specific part of the world. Note Casters in general can also sometimes summon Phantasms or other creatures. And are much more adapt at creating Resonance fields then other Job Classes to interact with the environment around them. (Director's/Creator's Note: Yes, I know they are basically Magical Rock Stars. Its the power of rock taken to a literal extreme. lol)

Martial Caster:
Characters that are skilled at both hand to hand combat and spells. Often using spells to enhance or add element effects to their strikes or movements. They are usually very physically fit, being more adapt at fighting then casting spells normally. As a result spells are often only use to improve their already impressive physical prowess and technique. Rare as a stand alone means of attacking unless range is needed. And are still a force to be reckon with even when they aren't using spells.
(Director's/Creator's Note: Characters in this job class are comparable to the Benders in the "Avatar: Last Air Bender" series. Kind of hard to avoid that from happening.)

Edge Martial:
Characters skilled in close range weapon combat but are very weak when it comes to spells. Usually relying on close range weapons, though they do possess a basic form of hand to hand combat as a back up plan or to assist with their offense/defense. Where they lack in spells, they make up for it in being very skilled with close range weapons.

Gun Martial:
Characters skilled in long range weapon combat while lacking when it comes to spells. Usually Gun wielders though some do make use of other ranged weapons as well such as throwing weapons, Mana Guns, and bows. They are often well versed in how to use fire arms efficiently and will often approach a battle with an appropriate set of guns and explosives to meet their needs. Sometimes over lap with Gun Casters due to both using Mana Guns. Though the Gun Martial isn't skill enough with spells to use them effectively.

Blast Martial:
Characters skilled with explosive devices. Often relying on setting traps or manipulating the environment to their favor through the use of well placed, well timed explosives. While they aren't great with spells much if at all. They are nearly as deadly as any Caster when it comes to traps and destructive force. Sometimes even surpassing them. However they are at times not as skilled with dealing with enemies directly as other Martials. Sometimes over lapping with "Gun Martial" in that both use long ranged side arms when needed. A skilled "Blast Martial" with the right explosives can level a city much more easily then any caster with spells due to not needing to use their own Mana. Or drawing Mana from the environment themselves outside of special explosives. Their set of skills is among the most difficult to learn and master. as a result, there are very few "Blast Martials" in the world outside of the Military.

Wise Martial:
Characters skilled in Hand to Hand combat without the use of spells. Often not fond with the idea of using spells to add element effects to their movement though they do rely on their own inner Mana for physical attack and movements. Often very physically fit and a near equal to the "Martial Caster" in combat due to their great understanding of the body and it's limits/weaknesses. Will sometimes over lap with both the "Martial Caster" and "Edge Martial" though they usually aren't masters of edge weapons nor well adapt at spells during the rare times they are used.

Here is a small FAQ answering some question you may have. And below that are my Guidelines for what I will and won't draw and how this process will be handled. IF your interested in commissioning me for something. Give me a PM and I'll get back to you ASAP.

Q: Will you only be drawing furries or will other types of characters be available?

A: Yes, I am more then able to draw non furry characters. And characters of any gender.

Q: Can you draw regular animals?

Q: Do you accept fanart commissions?

A: Yes provided there isn't any legal trouble.

Q: Are you accepting any H-Commissions at the moment?

A: Outside of one pending commission from a few months back, no.

A: it's currently the only payment method I can use at the moment. I do however plan on expanding that in the future.

Q: Do you do Religious artwork?

A: No sorry but I do not wish to do these for personal reasons. Same goes for Atheist stuff.

Q: What about Political drawings?

Guidelines:
1. I'm willing to draw pretty much anything. So long as it's Safe For Work. Nothing worse then PG-13/T for Teen.