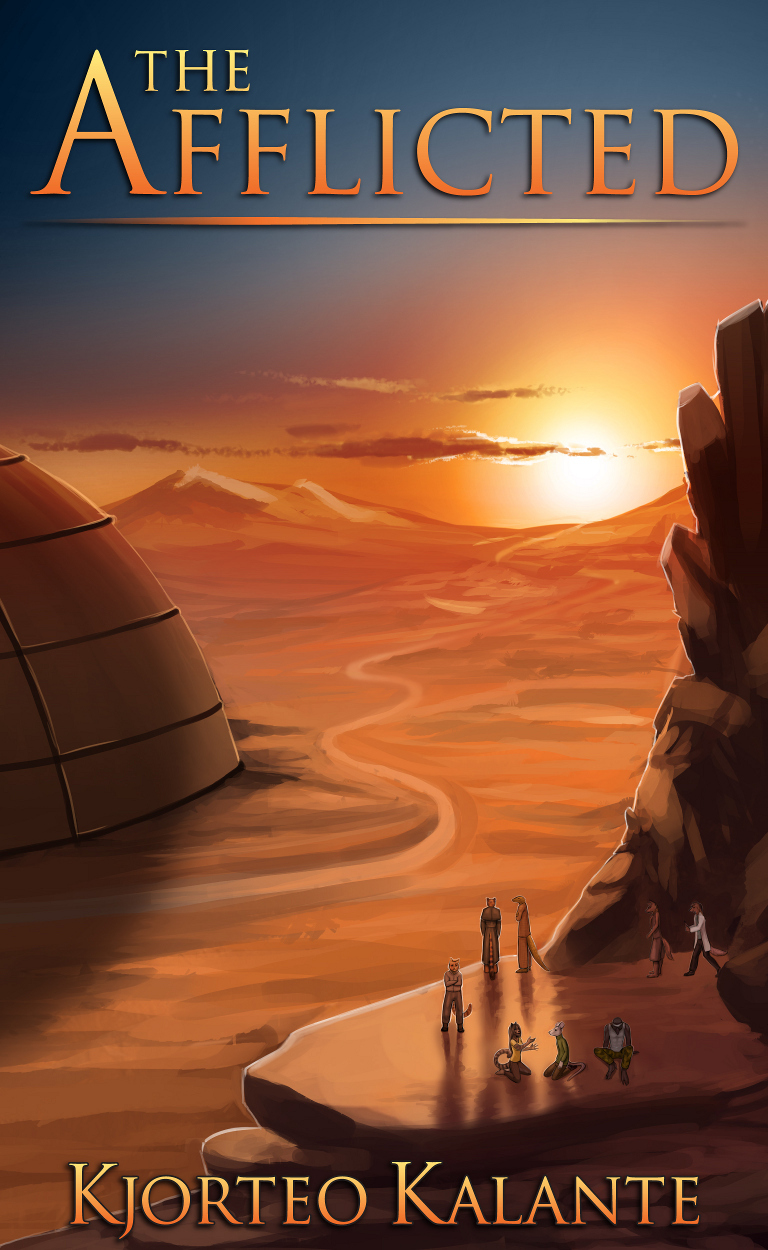 Years after the outbreak of a deadly plague, after all quarantines failed and the outside world became a lost cause, uninfected survivors live under the protection of an oppressive domed city. The law declares that exposure to the wilderness means death. Under these conditions, a tribe of eight infected outcasts begins a journey. They mean to reach the only other living city of which they know, and to chronicle their lives along the way. As they struggle with disease, exposure, hunters, and their own disagreements with one another, can they manage to pass on their legacy before they pass on?

This is the first three chapters of my novel, The Afflicted, presented as a sample. If you like what you see, please consider purchasing the full version:
Amazon Kindle Store
SmashWords
The full version has eight chapters and an afterword, and weighs in at roughly 120,000 words.

This was such a long process and so many people helped and inspired me along the way, that it's impossible to encapsulate it all within one short description. Let me instead just say thank you to everyone. After years of work, this is it. This is my novel. I sincerely hope that you enjoy it.