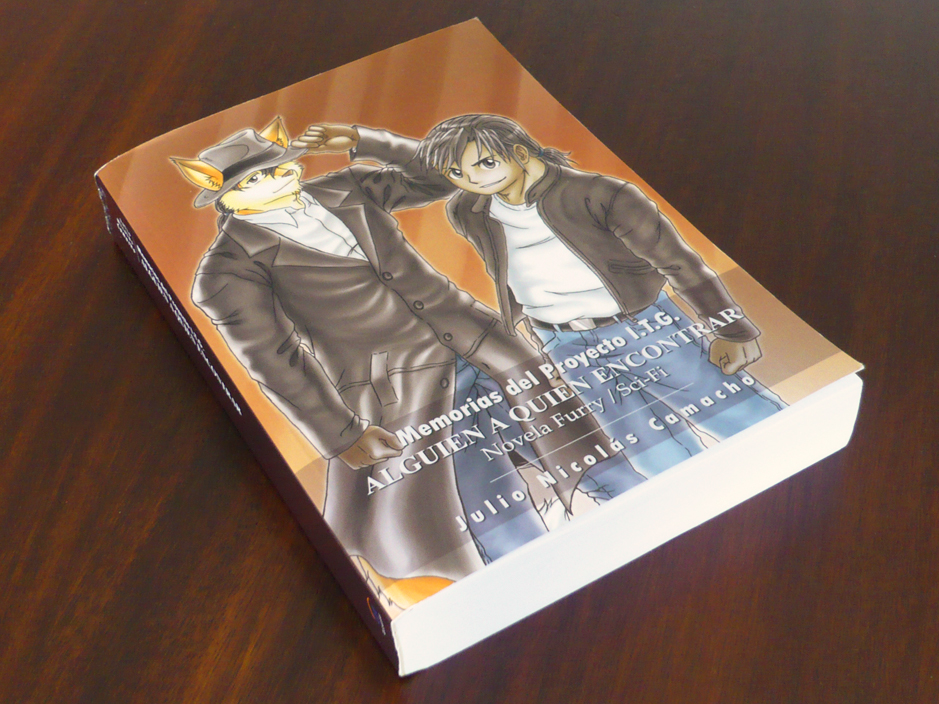 Many thanks for inviting me to work on this meme, Ryuu Majin =3.

1) As a hopeless romantic, small gestures mean the world to me.

2) The original Carl Sagan's "Cosmos", which I saw on TV thanks to my late father's encouragement, was a crucial influence in my early childhood. My interest in Science Fiction began to grow with the very first travel of The Ship of the Imagination.

3) I can't drive, but it's okay because I prefer public transport.

4) I'm known as an introvert person, kind of an hermit (at least for Venezuelan standards), who prefers to be around a small circle of close friends or relatives. It's never been easy to open my heart to anybody, but when I feel the chemistry is right, I open my heart completely.

5) Bring the fried chicken and the french fries to my mouth!

6) My interest in writing came a bit late, being a 21 years old College Freshman. Eloi Yagüe Jarque, professor of Venezuelan Literature in the School of Journalism of the Central University of Venezuela, seeded what would become an unstoppable inspiration to write my first book.

8) I got into the Furry Fandom around 1997, thanks to my interest in "StarFox" and "StarFox 64", two video games that reminded me a lot about Carl Sagan's "Cosmos", especially the SNES installment. At a SF64 fan page (I think it was named "The Fox's Den"), I found a link to a small website named "FurNation", and the rest is history.

10) Where my catchphrase "Keep your talent alive!!" came from? Jenny Lundin ("croaky" at DeviantArt) was the very first internet fan artist I began to exchange e-mails with by the late 90's. The "Biker Mice From Mars" show was of our common interest, and I used to sign my letters with the aforementioned phrase.

12) "The Martian Chronicles", a book that I casually bought at one of the many book stalls of my college campus, introduced me to Ray Bradbury, who will become a major literary influence around the same time I began to pen my first novel. Against my wishes, I never had the chance to meet Mr. Bradbury personally in his life.

13) Besides the new "Cosmos", my current favorite TV show is "Doctor Who".

14) I knew I wanted to be a Journalist in my early teens, after becoming a fan of "Radio Caracas Radio", the oldest radio station in Venezuela which switched its pop/rock music programming to an innovative 24/7 News format by that time, around 1992. RCR and its announcers gave me company at the worst economic times for my family.

16) I love red foxes! It all began with Disney's "The Fox & The Hound" and "Robin Hood" in my childhood, and it was reinforced by "StarFox" in my teens. However, I didn't realize red foxes were my spirit totem (being foxes sneaky and contemplative), at least until I exchanged some e-mails with the furry artist Matt Willard by the late 90's.

17) Of course I wanted Journalism, but I began college studying Architecture. I got fed up before completing the second semester.

18) I became an Anime/Manga fan thanks to my twin sister, but I never hopped on the "Dragon Ball Z" bandwagon; the first series I followed regularly was "Saint Seiya". My favorite franchises? "Fullmetal Alchemist", "Wolf's Rain" and, of course, "Ghost in the Shell"; "Innocence" is a bit controversial among fans, but it's my favorite Anime film nevertheless.

20) It took me ten years to finish my first novel. The first draft was penned down between 2001 and 2004. I worked on its major corrections between 2007 and 2010, but not before being politely rejected by local publishing houses, due the lack of market for a Venezuelan Science Fiction book. My novel was finally published at December 17 of 2011, after I chose to go the indie route.