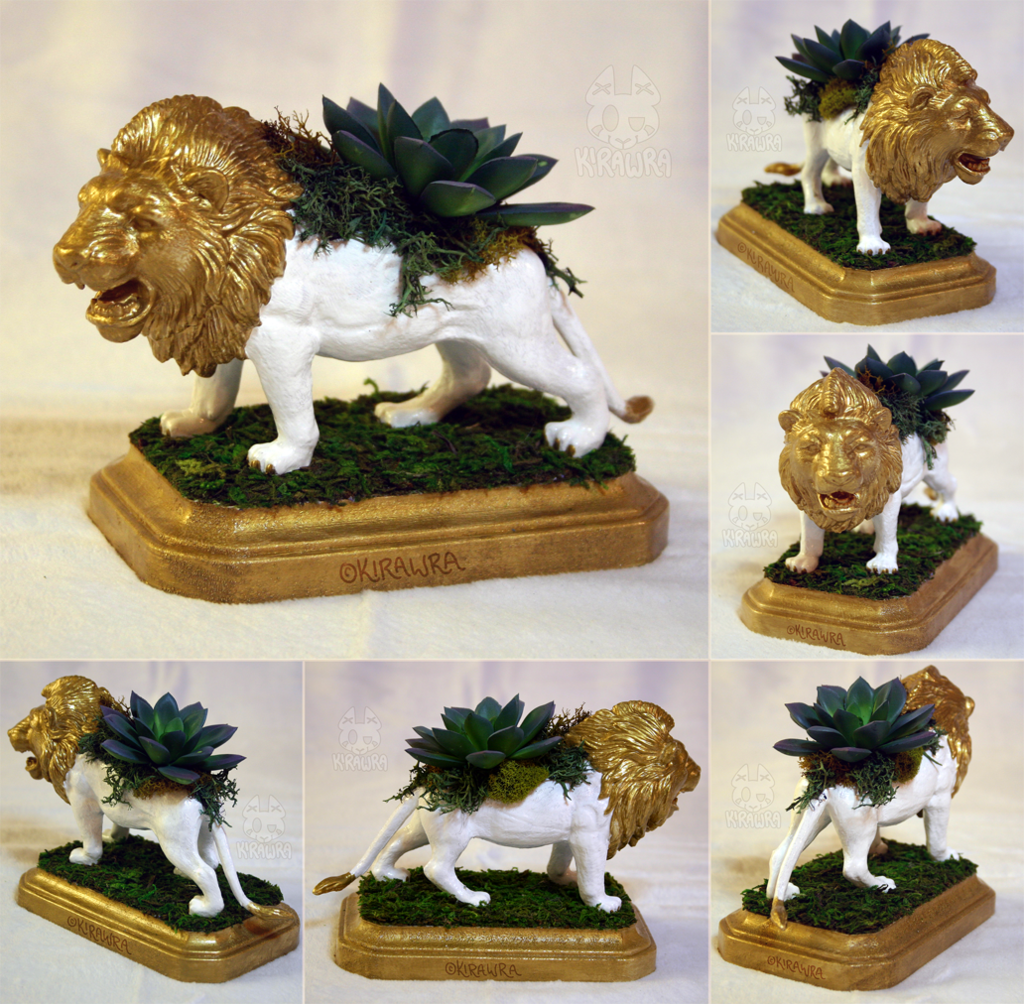 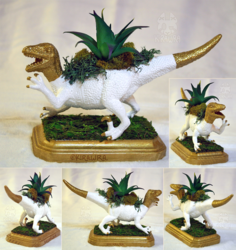 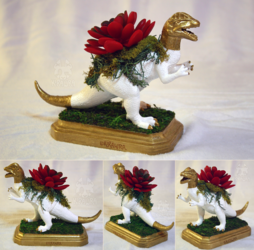 Another of the faux-succulent dinosaur planters I made for my friends and family as Christmas gifts in 2017.
I know this idea isn't anything new, this style of planter has exploded in popularity especially in the Etsy/Pinterest/DIY type circles, but I hoped to make mine stand out as unique by adding a decorative base and extra mossy ornamentation.
I made 15 total (only took photos of 12), most of them were dinosaurs but a handful were safari animals. This one features a lion (which I was clearly proud of based on all the photos I took of it! XD) - made from a repurposed toy, wooden base, plastic succulent replica, acrylic paint, and real preserved moss!