“I couldn’t have children! We were made sterile! We weren’t people to them, we were weapons! Made to fight an die. Do you have any idea what it is like to find you can have children when you’ve believe that for centuries?”

With a laugh Lars sent the water at the jackal and lifted him off his feet. “Those signs are as meaningless as the Celeste of yours.” He faced the crowd again. “I saw others have children, but I never had them. I was too old I thought, I’d been made too long ago. Whatever change that had let the newer ones be fruitful was denied to me! I never wanted kids, I had Vee and he was enough, or so I thought. Then came Alaine, and I couldn’t understand. I couldn’t have children, I had believed it. You want a miracle, there you have it, but it had nothing to do with your Celeste.”

The storm formed a wall around the crowd; him, The Keeper and them in the eye. Some made to run. “No,” Lars said and the ground wrapped around their feet. “You don’t get to leave. None of you do. You murdered my son. All of you.”

He faced the jackal. “Leo was special, beyond his ability. He was a gentle man. He didn’t want riches, someone who can control water could make himself a king, but all he wanted was to help people. To fucking guide them to what you brainwashed him into believing was the right path. Unlike you he didn’t terrify people into giving him respect. He just wanted people to be happy.”

“He wasn’t right!” The jackal yelled. “He was tainted!”

“My son was perfect,” Lars snarled, “before you screwed him up. Before you make him renounce the water he loved. But was still enough of a good man to reveal himself to all of you instead of letting that family die, and you murdered him for it. What kind of man does that?” he looked at the crowd. “What kind of good folk allow that to happen. What kind of monster condemns a hero just because he saved them in a way you disapproved of.”

“He’s the monster! You are!” the jackal yelled. “You see what he does, how long have I told you he was a demon here to corrupt us? I am a good man, I do the Celeste’s work!”

“Who ordered my son’s death. Who stood by and watched happen? If that’s what your Celeste asks of you then you all deserve what’s coming. You wanted power Keeper? You wanted to be important in this little insignificant town? To wanted to be the one to ruled these cowards? Congratulation, you succeeded. You got them to ignore decency for you. You turned each and every one of them into the same kind of monster you are. Now it’s time for you to get your just rewards.”

Lars pointed to the jackal, who tried to pull his feet out of the earth

“What are you doing?” The Keeper grabbed his chest. “Stop it, please!” he panted.

“How does it feel,” Lars snarled. “How do you like the fire building inside you, knowing there’s nothing you can do to stop it. That pain is all you have to look forward to until it consumes you?” 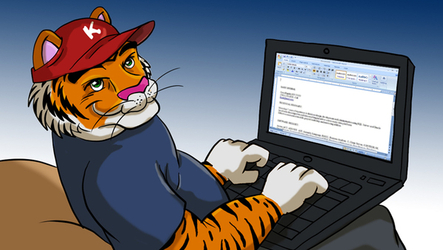 You can read the full story, as well as other stories set in the world of Tiranis by joining my Patreon at the 1$ level