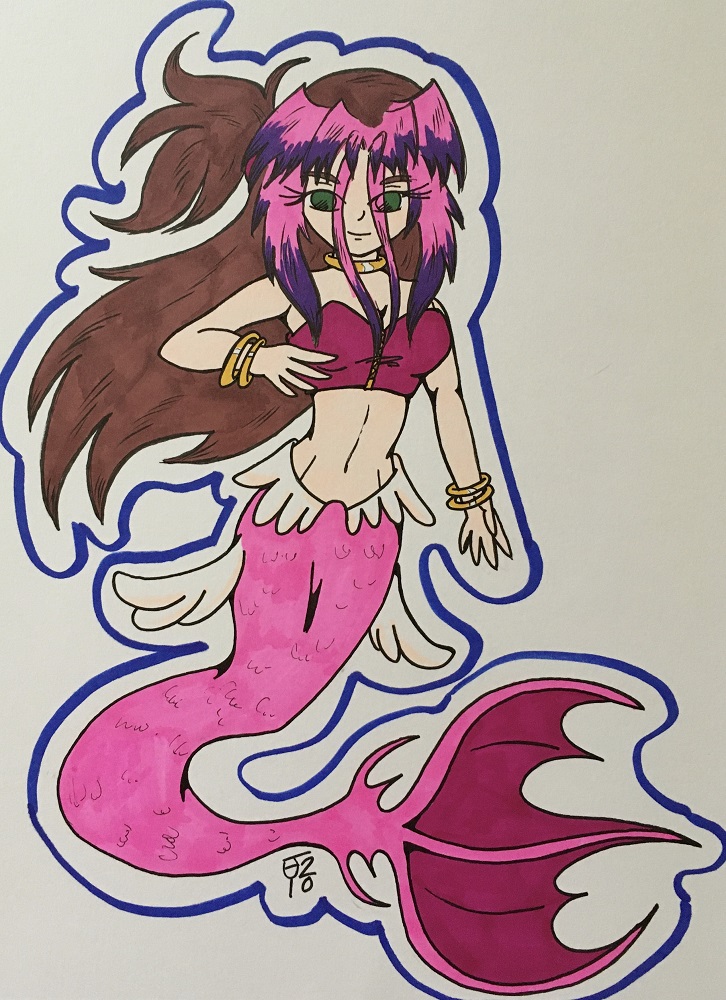 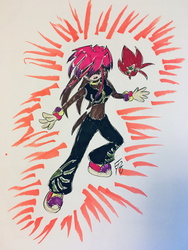 Using my human form version of my Echidna-sona, Keira-Jo..........I decided to use her to make a MerMay piece of my own.

I seriously need a proper scanner back, this phone photo thing is not consistently reliable. Then again, I don't have the great lighting of my workplace, either, right now.........my home lighting is not very great, which is why I normally take photos at work. shakes head

At least I can say I participated this year! XD