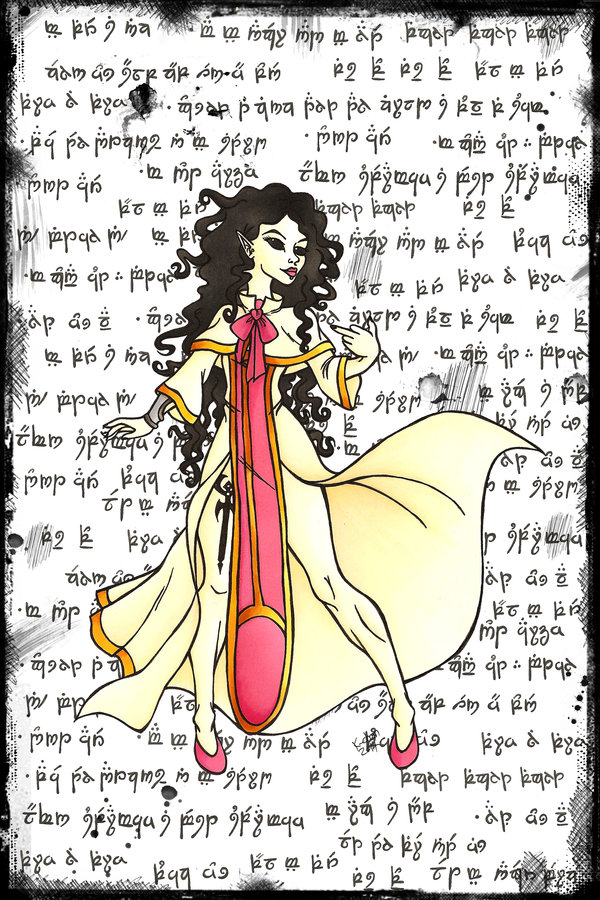 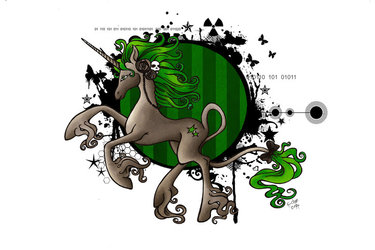 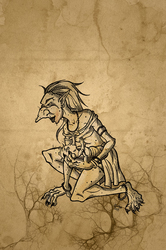 So this is Ico my D&D character, she is an Eladrin Cleric of Araushnee. I was going to do Ico's make-up on this picture too, but I messed it up so ended leaving this one without. One day I will draw her with her make-up though, it is one of my aims! I am also not going to translate the Elven on this, because some of the words are fairly strong, although since it is Ico and character she was a bard before she found religion, some of the things said are actually song lyrics. I had been having a bit of a hard time at the time so I thought this picture would help me get out some of that frustration and anger.

I think because of that I really enjoyed doing this picture. It does help. It did help.

The only part of this that was done with PS was the boarder and some of the grunge brushes, the background was done with a Biro pen and the main character was done using pro and tria markers.