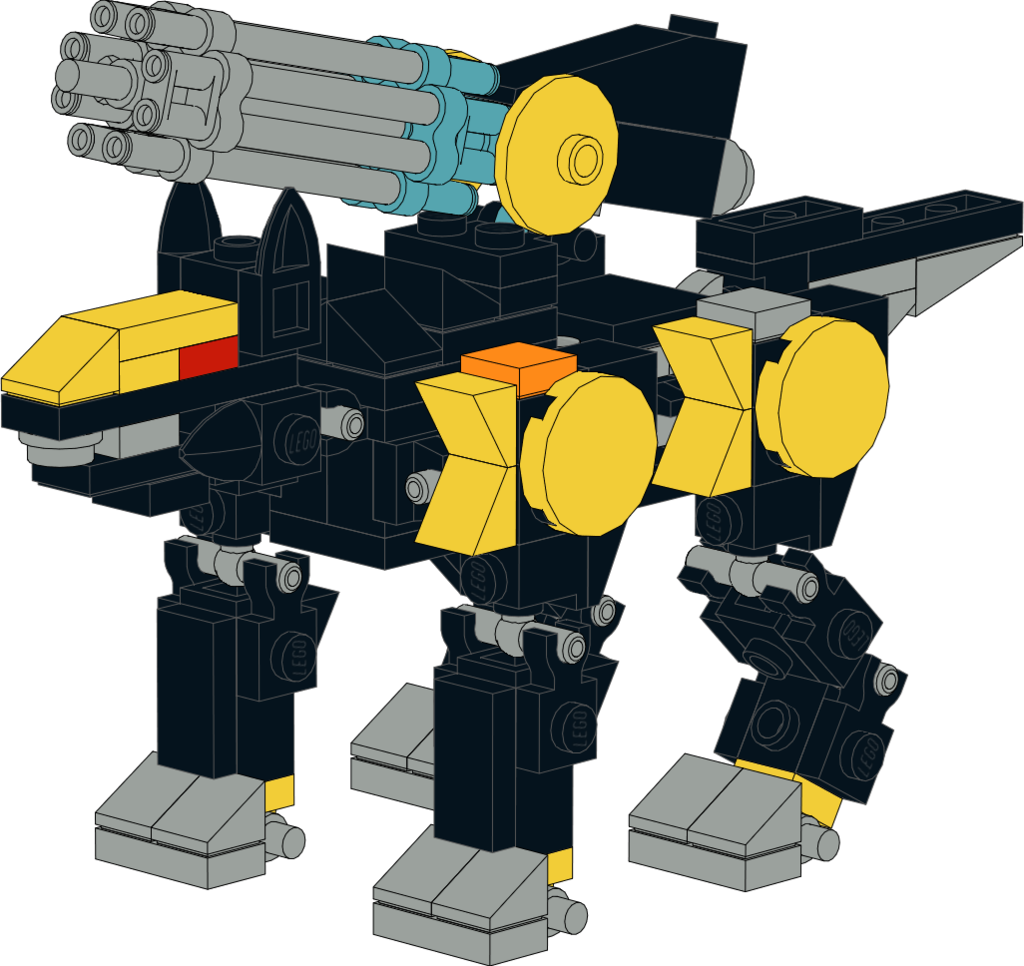 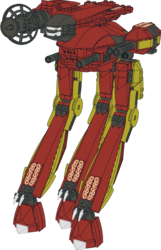 I'm a Zoider, pure and simple. I'm also a Lego Maniac. For some time I've been struggling to combine the two obsessions into a singular Lego kit. After some wrangling, I finally created a usable quad-frame that I can build on.

So, with that frame, I built a Shadow Fox Mini Set. It wasn't a difficult build, but it had its challenges. I had to redesign the Fox's head several times before setting on its current form. The shoulders and hips were fun to do, but I wish there was more than just one stud to hold the round tiles to their side. The only part that still bothers me are the feet. They look more like hooves than actual claws. I also don't like how the Gatling Cannon came out; 4 barrels more than there should be. I may fix them in the future, but no promises.

Constructed in MLCAD / Rendered in LDView