War of the Worlds: Alien Fighting Machine v1.0 by Kantorock 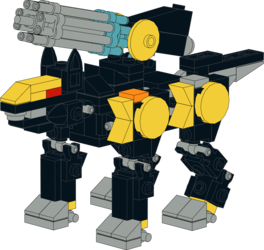 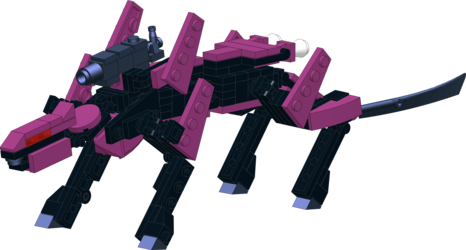 The Martian fighting machine has been an icon of science fiction ever since H.G.Wells first published "War of the Worlds." It has gone through many revisions through the decades, from the peaked roof water tower-like tripod walkers of the early 1900's, to the manta ray-like aircraft of the 50's, to the now iconic insect-like striders of 2005. Being a fan of War of the Worlds, I could not resist trying my hand at creating a Lego alien fighting machine.

This particular set is based heavily on the 3rd party Tripod v4 from Ichiban Toys. I recently bought the model on discount, and was so pleased with it surprising simplicity that I had to try digitally rendering it. The actual kit is surprisingly sparse on parts, with the entire model made up of less than 165 pieces. It would normally seem to top heavy to stand on its own. However, the legs are surprising flexible, and can spread wider than you would think - the fact that it is a tripod means it is extremely stable.

With that said, I created the initial model in LDD to better help with the placement of the oddly angled legs, and the model's cowl. I then exported it to MLCAD for final adjustments, and then rendered it in LDView. Sadly to say, the exact positioning of the model got shifted around during the file conversion, and part had to be removed because they did not have an equivalent in MLCAD. Though there are numerous adjustments and modifications I would like to make to this model, I think that this version (which has been slightly modified from the actual model) will do for now.

Created in Lego Digital Designer / Touched up in MLCAD / Rendered in LDView.