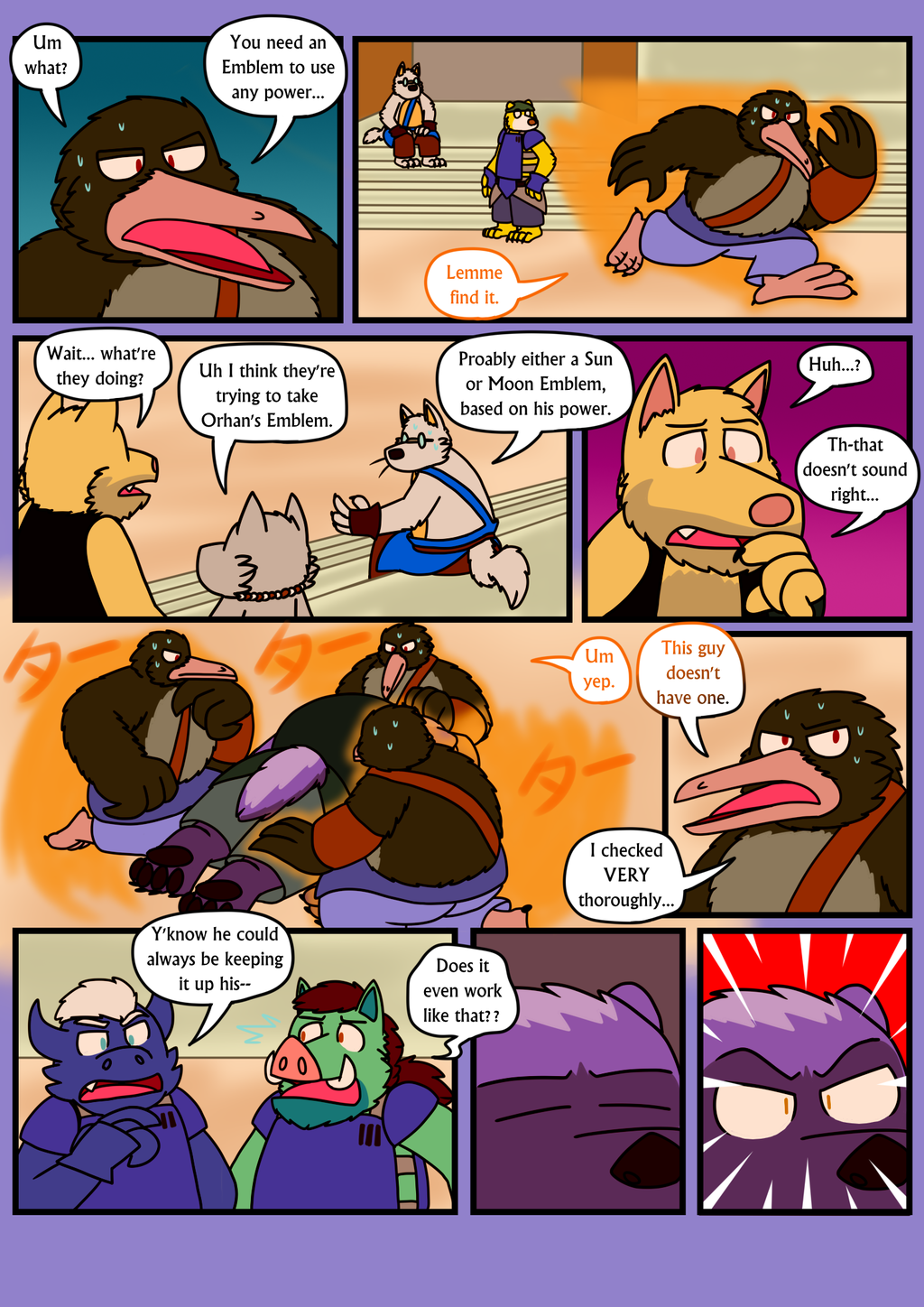 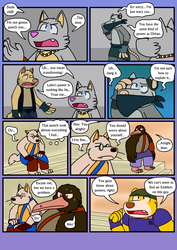 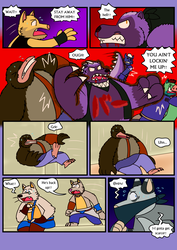 Commentary:
Now the requirement for Emblems is being questioned. Some might have seen this coming based on Cane's dialogue in the previous chapter, but Emblems have usually been shown to be a requirement up until now, so it's understandable that one might not even question it.

Whether Orhan has an Emblem or not is still up for debate, however, thanks to Blue's dialogue in panel 7. His cameo appearance I was actually saving for this exact moment, as the owner of the character had suggested a character might try that over a year ago. The discussion is cut short, however, because now Orhan is awake!