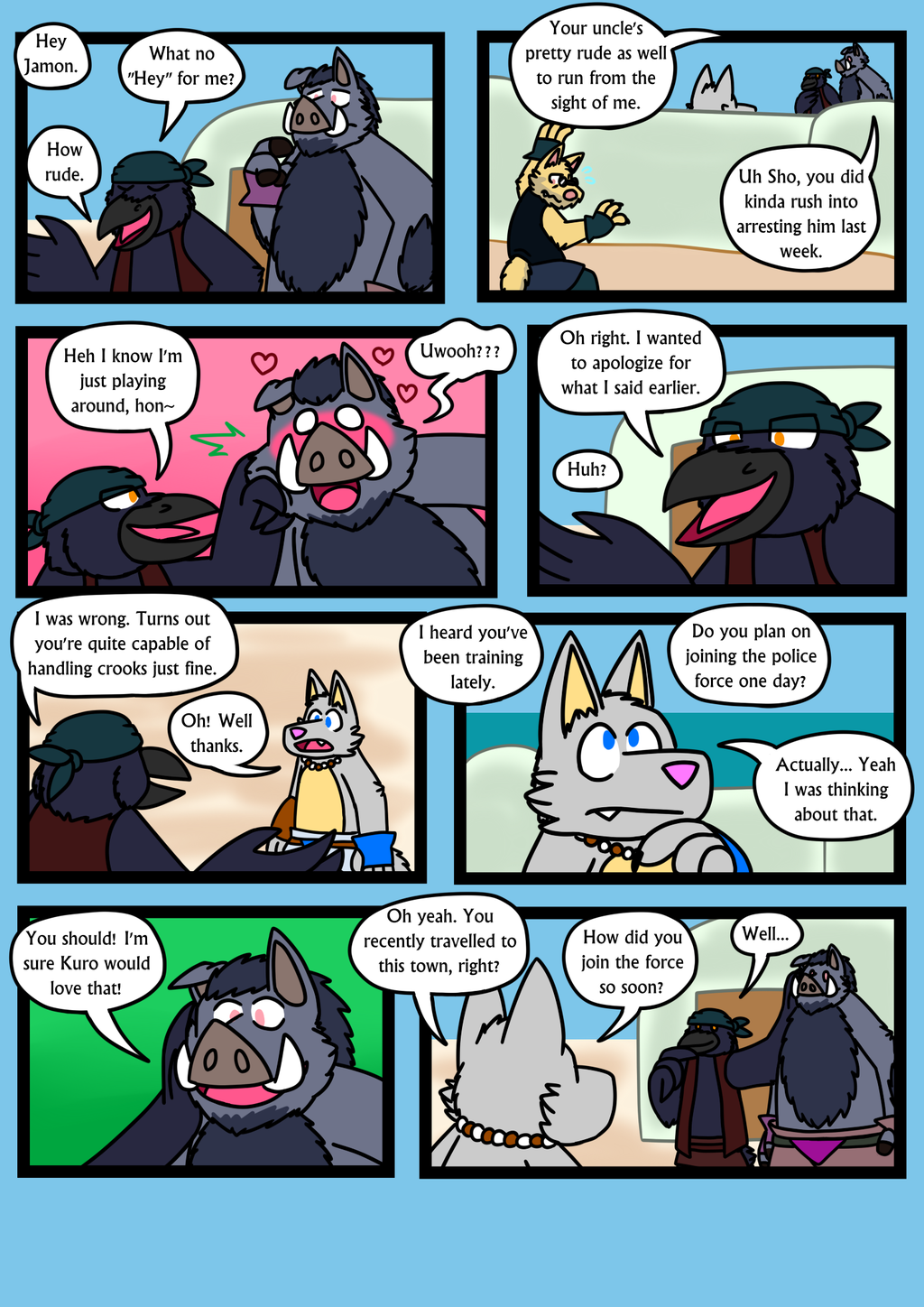 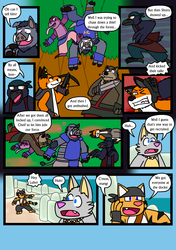 Commentary:
Don't worry, you didn't miss anything that explicitly discussed Jamon and Shoro's relationship. Jamon and Shoro have only recently met, so if anything, they are merely testing the waters, in case you were wondering about that.

Now it should be obvious what Mako is hiding from, but there's more to it than it just Shoro arresting him before. Mako hasn't done anything else to warrant arrest (although I suppose one could assume something was done off screen) so there's no reason for Shoro to look him up again, especially if he's off duty.

Also kinda why I'm bringing up Shoro now, even though there's a fishing trip that's supposed to happen. We'll get to that in a moment, I don't have a better time to discuss Shoro's sudden recruitment.