This is not my primary gallery; I check on this site once a month, at best. I can however be contacted via the following channels:

I'm Jasper. I'm a senior psychology major, with a minor in studio art. Both of these I've applied in some way to the furry fandom, having conducted research upon fursuiters and furry politics before, though as they were strictly for assignment purposes (and lack the academic rigor they'd need for publication) neither paper is publicly available. I hope to someday conduct research that's worthy of publication, at which point it'll be available here for anyone curious. Conducting research on this community has helped me to better appreciate what we all have as a subculture, and I'd love to share that eventually.

I'm also a character illustrator, this hobby having proven a surprisingly substantial source of income. I wish I could dedicate more time to my art, but at least until I graduate it's bound to take a backseat. I do both clean and NSFW content, with the latter often involving vore, directly via oral vore art, or implied through mawshots. Despite vore being my forte for NSFW art, I have no strict allegiance to the topic; I'll create art of (almost) any NSFW topic should a client so request it. I love to experiment in my art, in style, composition, techniques, medium, subject, anything.

My sona is a chunky sesame red shiba inu; on full moons and in October, he shifts to a voracious werewolf, which is the only state in which I'll feature him in NSFW artwork, and only in oral vore; otherwise, he won't appear in any future NSFW artwork in my gallery. For that purpose I have Dario (wolf, vore content) or Aaron (caribou, other NSFW topics).

My partner, Ferin, doesn't have an FA, and has expressed an interest to keep it that way; we are in a closed, monogamous relationship. Haven't had any issues with DMs about this before, but I don't want to encounter them in the future. His sona is a blue and white arctic fox, who'll never appear in NSFW content at all, at his request. I'll certainly be posting plenty of SFW art of him here, however (as I already have!) 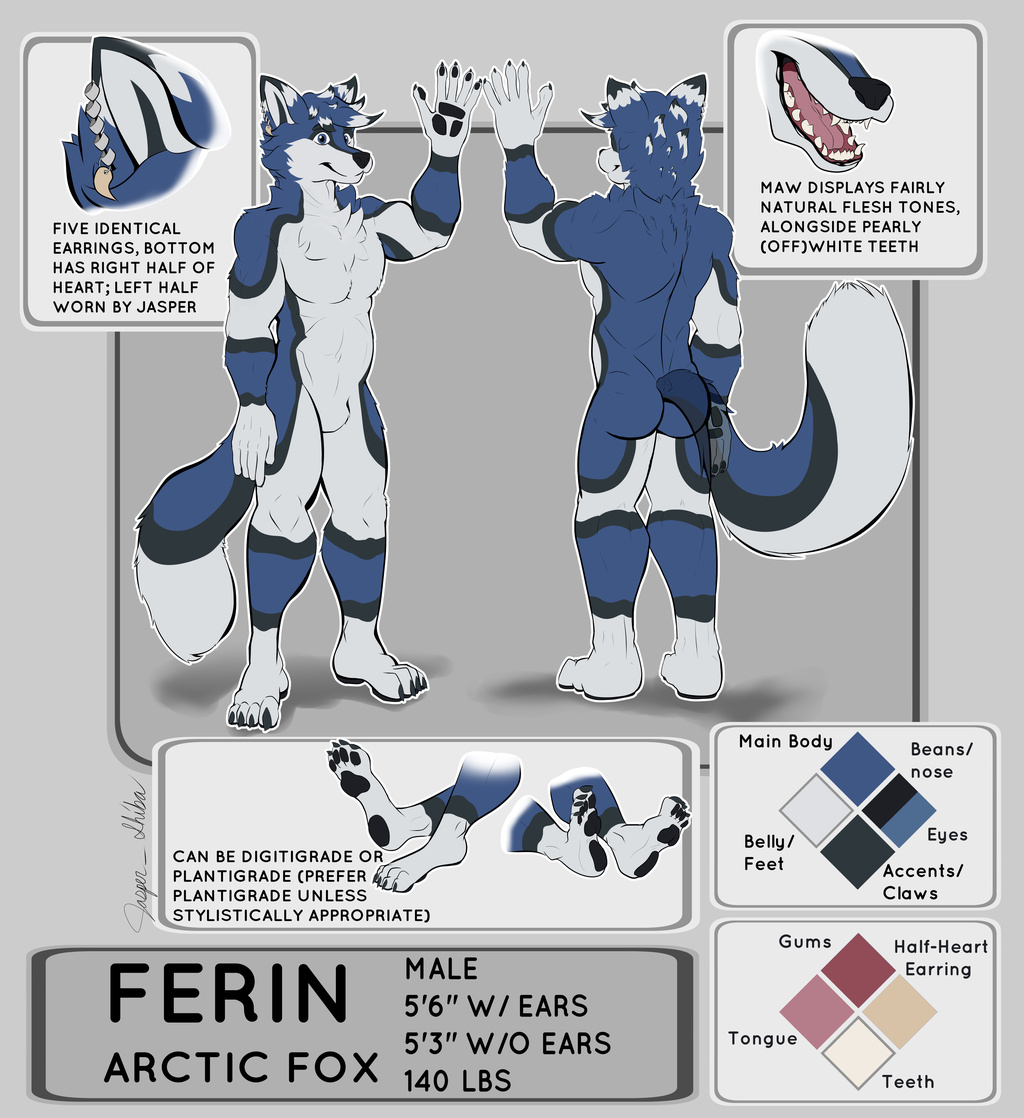 $35 base price; exact quote will vary based on client request. DM with details of commission for quote.
$ 35.00

Guten tag!
You want stuff drawn, and I want to draw stuff! Throw in some greenbacks, and we've got ourselves one mighty fine business relationship!
I've got a Trello with all necessary information, including prices, slots, and policies regarding commissions!
My information listed here may be outdated; please check my Trello for current prices.
Message me if interested!~