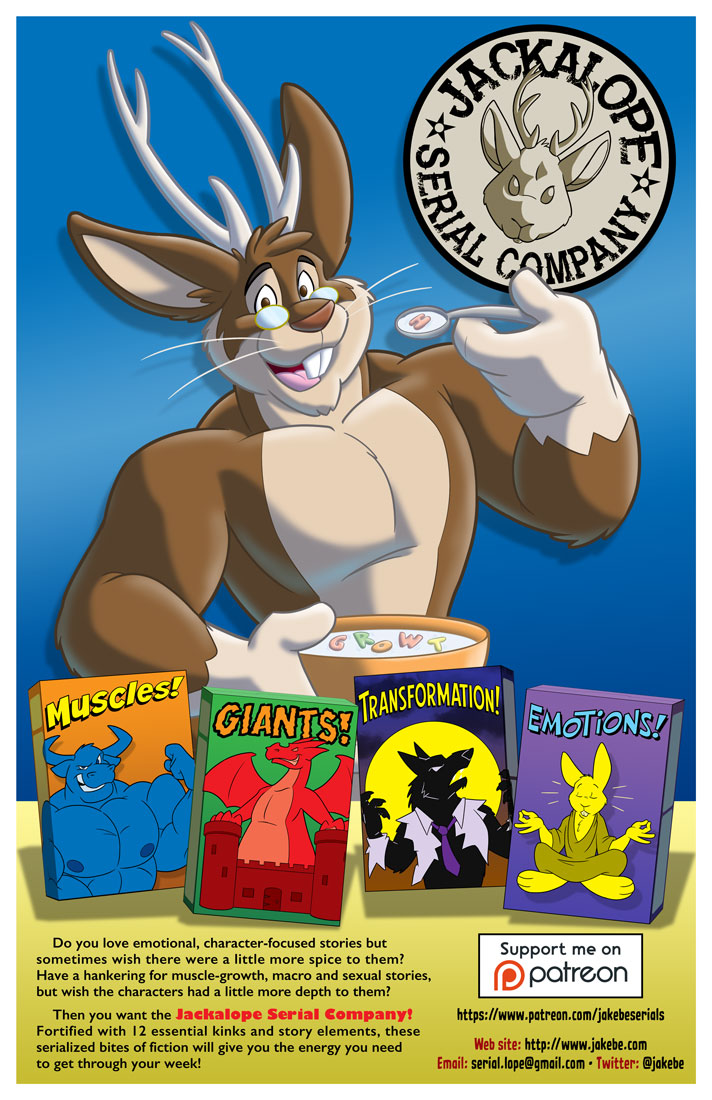 Hey folks! It's been a little while since I've written anything here or been active at all -- sorry about that. I spend most of my time on Twitter and Tumblr as it turns out, and I've been largely absent here while I figure out the best way to use each website. I had hoped that I could spend some time just browsing around, seeing what the community was like, but ain't nobody got time for that! So for now, I think the best thing to do is just dive right in and see what happens.

I've been writing. A lot. Most of what I've been working on isn't ready to show yet, but I can say that I'm legitimately excited about it. There have been a lot of mental issues that have been blocking me from making progress on the things I'd like to do, and I've been slowly and surely putting myself together so I can be more productive on the writing front. So expect to see more from me in the future!

For now, I'm going to be editing and posting stories that I've written for MegaMorphics. The reason I haven't done that before now isn't because I only wanted the "privileged few" to see them and screw everyone else -- it's because I knew the stories weren't as good as they should be, that I had written them to get them out by the deadline (which admittedly is a useful thing), and that I hoped to polish them at some later point to make them worthy for publication online.

But that's the perfectionism talking, to be honest. I think at this point I would just show what I've got, sketchiness of the stories and all, and see what people thought of them. This is also good practice for posting stories here, since I plan on doing that a bit more and all. :)

Anywho, you can find more of my more general-purpose writing every Friday over on jakebe.com, where I write about political issues, mental health, writing, movies, television, storytelling and all kinds of personal business. For now, I hope to have the first story in the archives up by Sunday or Monday. Until then, have a great weekend everybody!