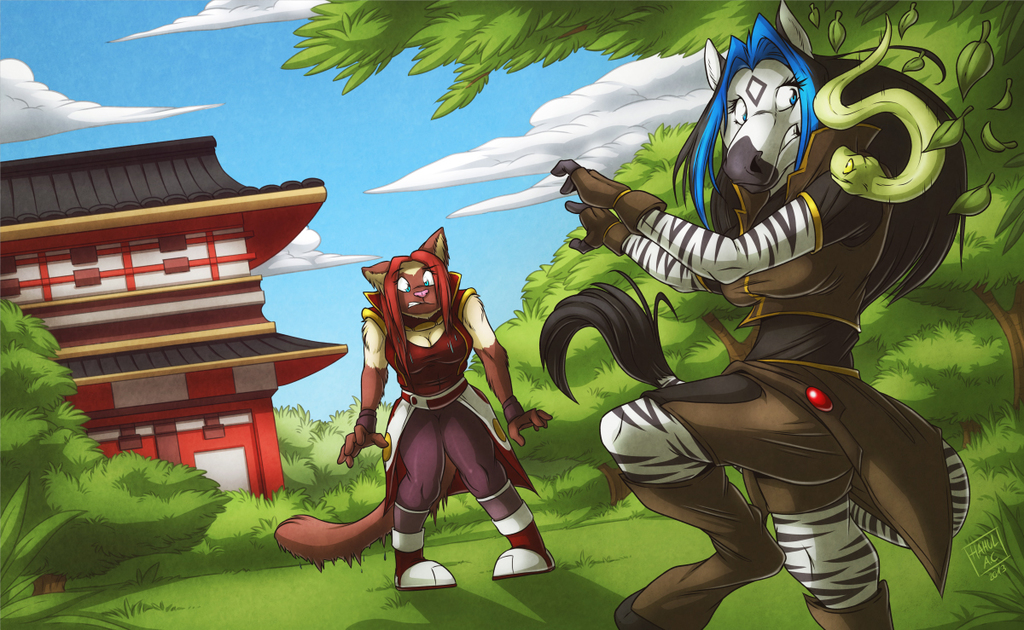 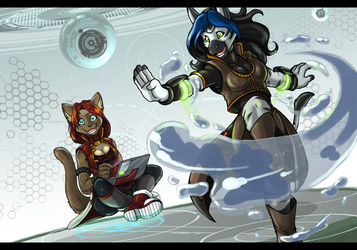 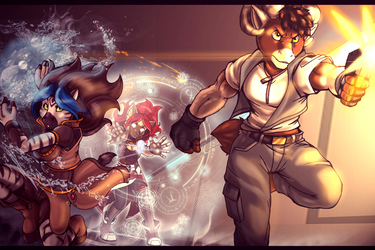 "Mastery of the craft requires focus and concentration. You have to be aware of what's around you and have absolute control over your powers." She formed a ball of water in her hand. The liquid sphere grew to the size of a canteloupe, breaking apart into smaller balls and forging back together. It seemed to move as if it were alive in her hand, forming into impossible shapes before becoming a ball once more.

Topaz watched the sphere and her teacher's hands. The siamese cat was a dutiful student. She was the only one Lauren had taught in some time. She had to admit that she had missed the experience of passing on knowledge to others. Up to this point the cat's studies had mostly been in the art of barrier, but there were some lessons that transcended all styles of the craft.

She held out her hand and the ball floated around Topaz and back to her hand. The zebra smiled and moved it from one hand to the other with a smile. "See? With enough focus and concentration, you can do anything."

Her attention focused on Topaz, she felt a weight on her shoulder and turned in time to see a snake looking back at her. "AHH!!!"

Lauren batted at it in a panic, sending the water ball flying into Topaz's face and chest.

"EEK!" It soaked her clothes, dripping from the cold water that had formed the ball. "UGH, I hate being wet!"

The zebra tried to avoid stepping on the snake as she hurried over to Topaz, trying to avoid the creature.

"W-what was that about focus?" Topaz said between shivers.