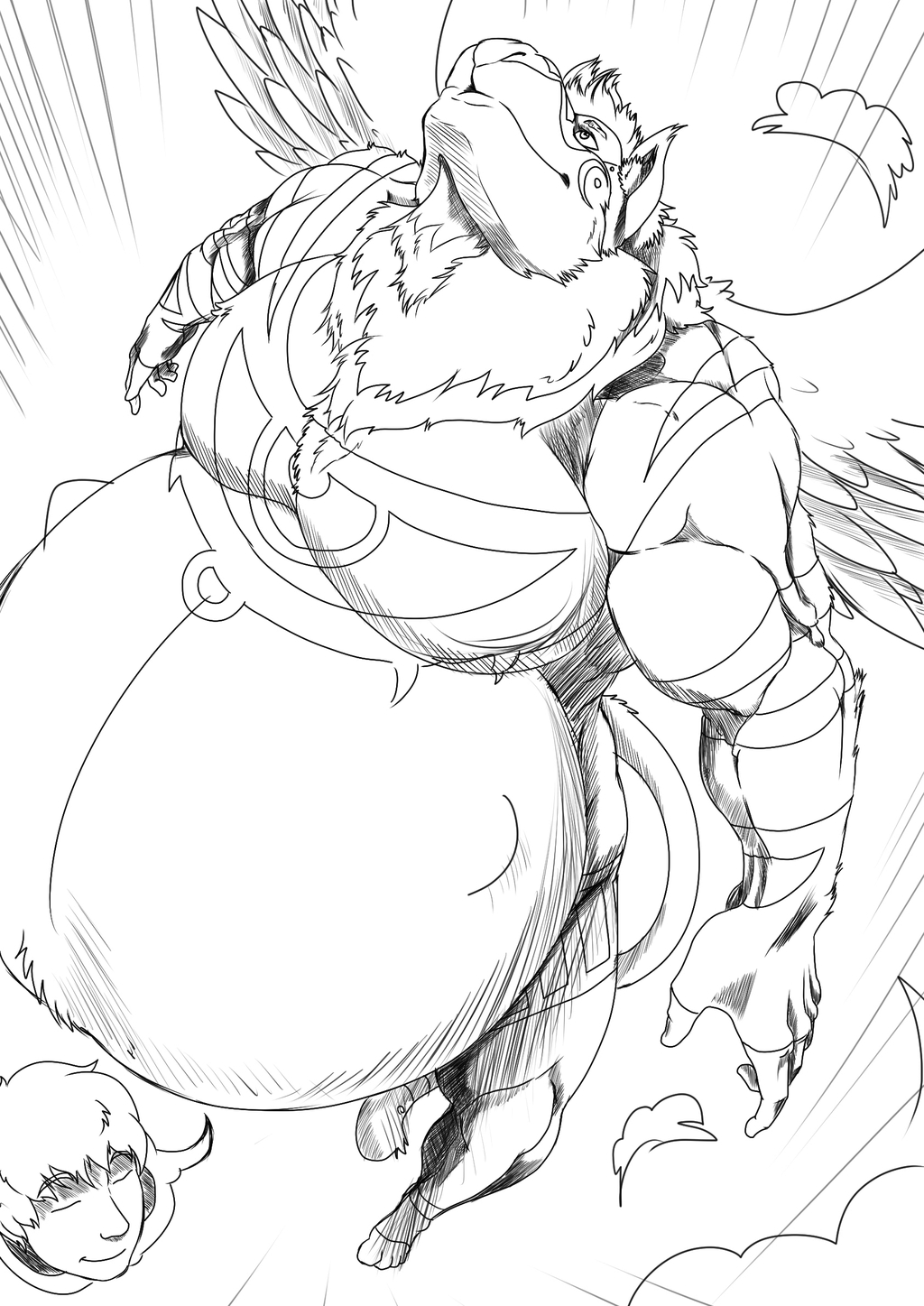 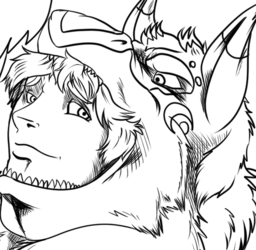 True to form, Caden’s stomach billowed out of his midsection after he got in the last swallow of his human prey, who had sloshed into the welcoming stomach with many gurgles and groans, Caden might even have moaned for a few moments before belching loudly in satisfaction. Belly fondling and rubs may have occurred, who’s to say?

With a meal in his tank, Caden spread his wings and soared off into the sky, jostling his passenger and giving him a free ride on Caden Expressways.