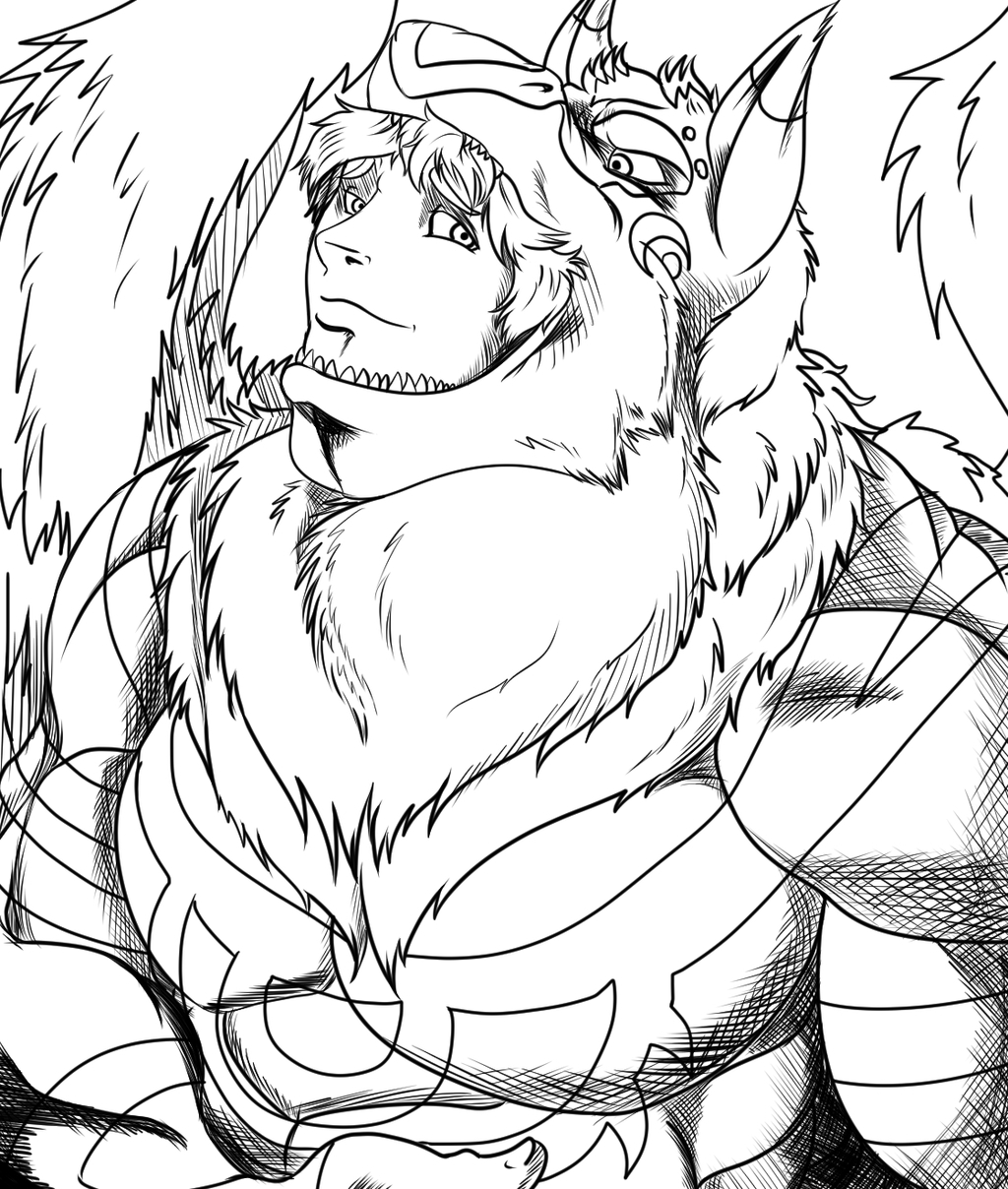 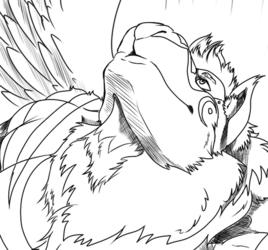 -GULP- mfff -GLUG- mmmm –GLRKKK- rrrrrr – SWALLOW- !
Caden slowly yet eagerly takes mighty swallows to get all of his prey down his throat and crammed into his stomach. His abs clenched and his fur whipped in the light breeze from his wings as he flapped them with the effort of swallowing his human prey whole, feet first and backwards. He could feel the little guy sliding down inside of him and Caden pressed a hand into his front to feel his stomach begin to receive his prey. His abs wouldn’t last long, soon his gut would swell and spill out in order to contain the human, but at least Caden would be satisfied and full, then he could take off for a much desired flight and let his gut hang loose.