Bod Takes A Nap by iconmaster 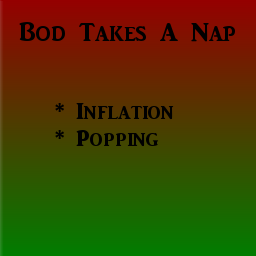 For Steve “Bod” Bodbloat, Fridays were nothing but trouble. Not only did he have a full day at work, but this day was also grocery day for the week. After doing all that, Bod was naturally exhausted.
And so Bod came to his doorstep, arms heavy with grocery bags. Panting, he set down some bags to fumble for his keys. Putting them in the lock, Bod turned his wrist, and… The door was already unlocked. Bod grumbled, picked up his bags, and walked in.
Setting them down on the counter, Bod took a stretch. A second later, Bod could see his housemate come through the hall.
“Oh, hey Bod.” Lexal said. “How was your day?”
“Not too great.” Bod said to his shark friend. “Half my coworkers called off today. And there’s so much to do before the end of the quarter! Ugh...”
Lexal gave the red dragon a pat on the shoulder. “Sounds tough. Here, let me put away the groceries… You relax.”
“Ahh, thanks...” Bod sighed as Lexal pulled away to look at the groceries. “I think I might take a nap.”
“Sure! I’ll see you more tonight. Get some rest, buddy.” Lexal giggled as he put a carton of milk in the fridge.
Bod slowly made his way into the hall, yawning loudly as he walked. Connected to the hall was the bedroom, with one extra-sized bed. Sighing, Bod closed the door, leaving him alone.
Going over to his end table, Bod set his alarm clock for a few hours in the future. Turning towards the bed, Bod suddenly yelped; he had scraped his side painfully against his end table’s sharp corner! Just his luck, he grumbled to himself. pulling away slightly, Bod climbed into bed and closed his eyes.
Bod let his mind wander. He thought about some fun things he could do over the weekend… Like a certain something…
He opened his eyes. Slowly raising his head and looking around, Bod’s eyes quickly locked on to his topic of thought- his air compressor with tube, sitting propped up in the corner. A smile came across his snout.
Bod had thought of something more fun than a nap.
He slowly turned to his side and got out of bed. Stepping over to his air pump, he picked it up in a clawed hand. Grinning, he took the thing to his bed and laid down once again. Bod gagged slightly as he gulped down the open end of the rubber hose, but kept it down. Setting the pump beside he, Bod grinned though the hose in his mouth. He flicked the air compressor on.
Bod jumped as the initial burst of air felt cold on his stomach. The machine hummed quietly (a quiet model, this one) as it did its job, pumping air into his gut. Bod watched his stomach with intent as he saw it rise ever so slowly, his yellow belly plates making it slightly. He put both his hands on his belly as it slowly grew outwards, already tight with air.
Bod groaned a low groan as his belly became fuller and tighter. He rubbed his growing sphere of a belly in slow circles, taking in the feeling of his hide growing with air. There wasn’t a better way to relax, having your belly creak like so…
Bod, for sure, was ready to relax. He closed his eyes as he teased a yellow belly plate with one hand. He smiled as he felt it slowly get pulled on by the other plates… And then pop apart from its neighbors. The red skin between the plates was always so sensitive… Well, the whole area gets pretty sensitive, Bod thought lazily as the plates grew further apart.
Soon, his belly was larger than a beachball, and still growing. He felt so full, so tight… And that felt so good. With one last squeeze of his belly, his hands slowly dropped down to his sides. Bod couldn’t keep his mind from wandering off.
Bod quickly fell asleep to the quiet hum of the air compressor.

Slowly, Bod blinked his eyes open. He just had the most wonderful dream, where he got filled with air and…
He stopped his train of thought when he looked forwards, and saw the color red. He tried to lean forwards, but he found this task impossible- he met resistance from his stomach!
Slowly, Bod realized what happened, and groaned. The air compressor had been going for who knows how long! His belly was now a distended sphere almost taller than him. The belly sagged down around him, the red sphere almost engulfing him. Yellow plates dotted his gut.
And the compressor was still whirring. Bod could feel his hide stretched quite taut. He rose a hand up to feel it. It had some give, but not much.
Once again, Bod tried to shift into a more upright position; it proved to be too difficult. When he flopped back down onto his back, however, he suddenly felt something new press into him sharply. Letting out a yelp muffled by the hose, Bod froze. It was the end table next to his bed.
His belly was large enough to extend past his bed and onto the corner of the thing. The oddly sharp corner of the thing. Bod just sat there, craning his head around. What could he do? He had to get that pump turned off, if he didn’t want to push into that corner any more…
Bod took and arm and stretched it to where the pump was… Or used to be, that is, because he couldn’t grasp it. Slowly, Bod realized to his horror that the pump must have fallen off the bed, pushed aside by his growing gut!
As Bod tried to lower his arm to the floor of the room, the air compressor did its work, making his belly swell with each passing second. The whirring kept getting lower and lower in tone, and his belly felt more and more full. Bod jangled his arm around, but couldn’t find the pump.
The end table started biting into Bod’s side. He froze, not wanting to make his belly jiggle any more with the exertion. The only thing he could do was sit there as the pressure slowly gre and grew…
Bod soon resorted to trying to get help. “Mmmmph! MMMMMPH!” he tried to yell, but the hose in his mouth made his much less loud than usual. He soon stopped making noise, leaving the only sounds in the room that of his swelling belly.
He could feel his hide slowly thinning, getting larger and larger. He could feel that corner now more than ever… He let out a whimper, still frozen in place, lest a shake end him. He sat there, staring at the red expanse, as the feeling of pressing into something grew… and grew…
Bod bit down on the air hose, gritting his teeth. The hose had little give, and kept shooting air into him. All he could think about now was that feeling, the feeling of pressure on his side…
He creaked once. His belly wobbled, and then an extremely loud noise was the last thing Bod heard.

Lexal was sitting on the couch, watching TV. The call center where he worked was busy today, but he was always glad to get home before Bod. It really-
He stopped thinking about his work when he heard a loud BANG from the other room. Jumping, he got out of his seat and ran to the source of the noise. Lexal, seeing that it came from the hall, went to the bedroom and opened the door.
He saw a collection of many red and yellow scraps, slowly drifting their way to the ground. He looked over to the bed, with air compressor on the floor nearby, and chuckled.
“Oh, Bod. Taking naps as always.” he said, walking in and picking up all the rubbery shreds. He put most of them in a pile on the bed and giggled again, before leaving the room, closing the door behind him. 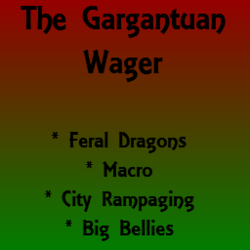 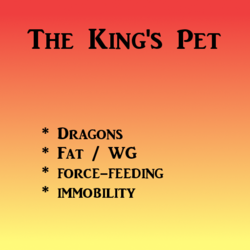 In this story... Steve takes a nap. The results are explosive!

I wrote this as a (belated) Christmas gift for Bodbloat! With a guest appearance from lxlhunter. So, Merry Christmas, my friends!