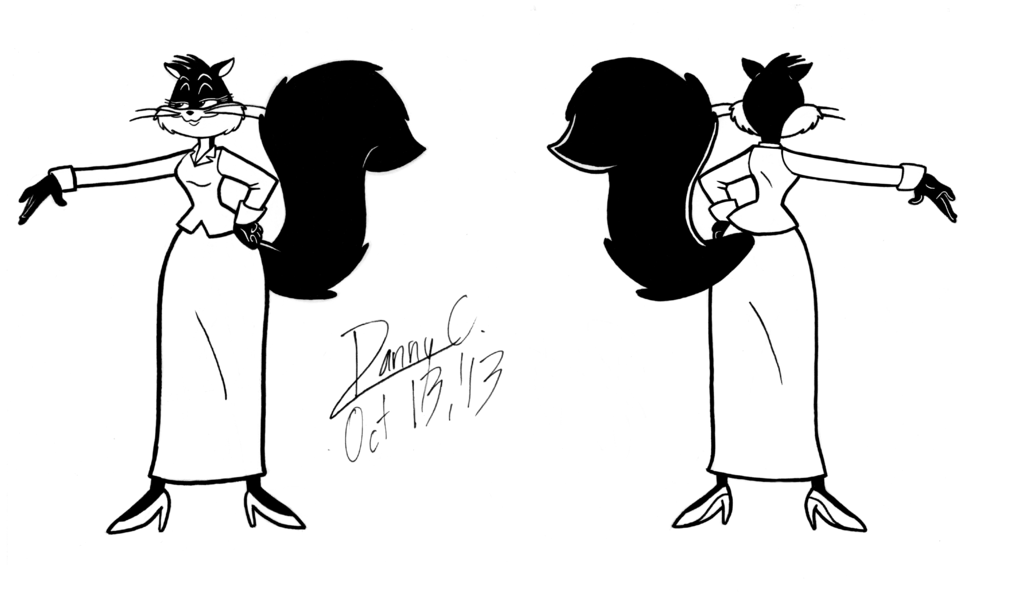 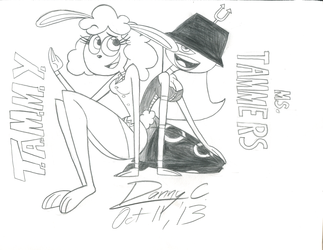 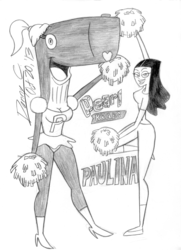 If you know who Penelope is, then she is the perfect argument for just in case somebody wants to argue with you about Lola being the first female Looney Tune... that is if you don't bring up Granny, in which case you have no excuse for not knowing.

If you DON'T know who she is, then there's something wrong- because Penelope is VERY recognizable as the cat the Pepe Le Pew always chases after. Odds are, you may not know her by name, as I don't THINK Penelope was ever referred to by her actual name on any of the original pictures. The only time I can recall of her being called by a name, was in the 1995 short parody of Casablanca, Carrot Blanca... and even then, it was the wrong name.

So, to be fair, odds are, you WILL recognize her by her face... not by name.

If I were to describe Penelope personality-wise... I don't know. How CAN I describe her character as just the object of affection of Pepe Le Pew? Well... she really hates smelly smells. Going by Carrot Blanca she seems to be the sweetheart-type... although somewhat indecisive. Yeah, this is harder than I thought... well, at least more personality and is MUCH funnier than Lola Bunny in Space Jam (Yes, in case you're wondering, I AM building up to the Space Jam review.).

Also, designing an outfit for Penelope was extremely easy, because somebody ALREADY did it for me- once again, I refer back to Carrot Blanca- sans the hat.

Also, no visible booty this time around. Yes, I'm disappointed, but there's nothing wrong with a girl who's more modestly dressed. It's a good break from the three girls who've come before, but that means that there'll be more to come.