Hey there by Haan 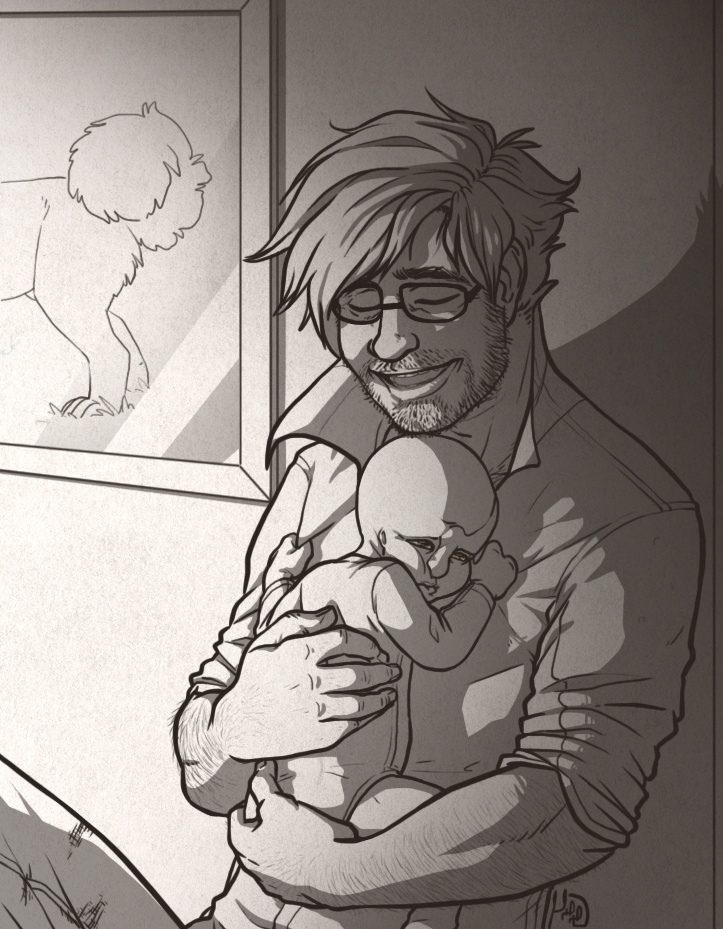 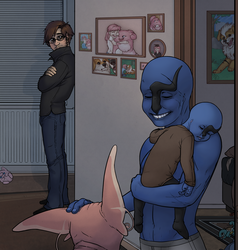 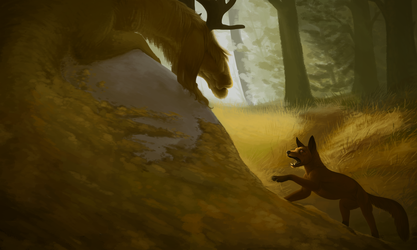 This is a continuation to a story I'm working on in regards to the OCT I'm currently participating in. c: It's a long story advancing in real time(my favorite kind, ehehe) and well.... it's keeping me thinking and writing so it's exactly what I've needed for the longest time. Feel free to read it if you want~

The pokecenter was fuller than ever now that the town kept having wild pokemon running about, attacking trainers and their partners and stealing food. Every now and again someone would bring in some poor creature that had been found from who knows where, attacked by one of the guards or by another wild creature. However -thank Arceus- most of the patients were of the tame kind.

Daniel had been working non-stop for a full shift before finally realizing that the audino he kept seeing around wasn’t actually his. He hadn’t really noticed it or its owner at the center before but now that he thought of it, he’d seen them run around the town a lot lately. Perhaps she just felt more comfortable outside? Or she was after the wild pokemon that didn’t exactly know what pokecenters are for? Either way, he felt grateful for having them around, but he’d still been up since three in the morning, his back hurt and now he needed some silence as far away from the smell of blood as possible. He told his last patient to wait, walked out the staff-door and headed straight for the upstairs. Root tended to sleep in whenever possible so he’d probably be either in the bedroom or on the livingroom’s couch, Daniel thought, making his way up the stairs.

He’d barely made the last step when he heard a tired “hi” somewhere at the back of his brain. It was Root, who was sitting at the back of the hallway looking about as tired as Daniel. To his surprise, Daniel could see the audino holding Utu.

"I thought you hated children," he said as he made his way across the hallway, "where’s Viti?"

Root shrugged slightly. “I do,” he said, “but he said he can’t do this today.” He laid a tired look at the sleeping child in his lap. “I had to carry him around for an hour before he fell asleep. He didn’t want to play, or eat, or anything! And I mean…” he said as he got up, handing Utu to Daniel, “I see you just pick him up and he’ll calm straight down, but all he does with me is scream.”

"Well, he did stop eventually," Daniel noted, giving Root an encouraging pat on the head, "But. Do you think you could give a hand at the center? It’s like the whole town needs stitching and I just… I’m tired, I’ve been up since three and-"

"-and if you’ll have to stitch one more cut you’ll die," Root sighed. He understood, the pokecenter had turned into a madhouse during the past two weeks and seemed only to be getting worse. He made his way to the staircase and took a few steps down. "Oh yeah, Viti was looking for you. I think he’s sick or something."

Daniel tried to yell after him to ask what he meant but all he got back was the noise of a few swift steps and the staff-door closing behind Root. Confused, he headed straight for Viti’s room, knocked on the door a few times and, upon receiving no answer, pushed it open.

The room was dark, with Viti sleeping curled up on the bed with a hood over his face. He nudged the sawk’s shoulder gently, waking him up. “You okay?” he asked, getting back nothing but a silent grunt and what looked like a single shake of a head. He laid the baby next to Viti on the bed, sat down on the edge and pushed the hood off of Viti’s face. “Root said you were sick,” he continued, “can I get you something?” yet all he got back was another shake of a head as Viti curled up tighter and pulled the hood back over his face. Unsure whether to keep asking questions or not, Daniel lifted Utu back in his lap and climbed over Viti on the wall-side of the bed. He sat there for the longest time just stroking Viti’s side, starting to slowly fall asleep. He fell asleep soon enough, if not only to be woken up by Utu. The child was probably hungry but as Daniel looked at his side, he saw Viti had left the bed. Judging by the noises coming from across the hallway, the sawk had probably just gone to shower. He’d be back soon enough, Daniel thought as he hushed the crying child in his lap. “It’s okay, little man,” he whispered, “daddy’s here.”