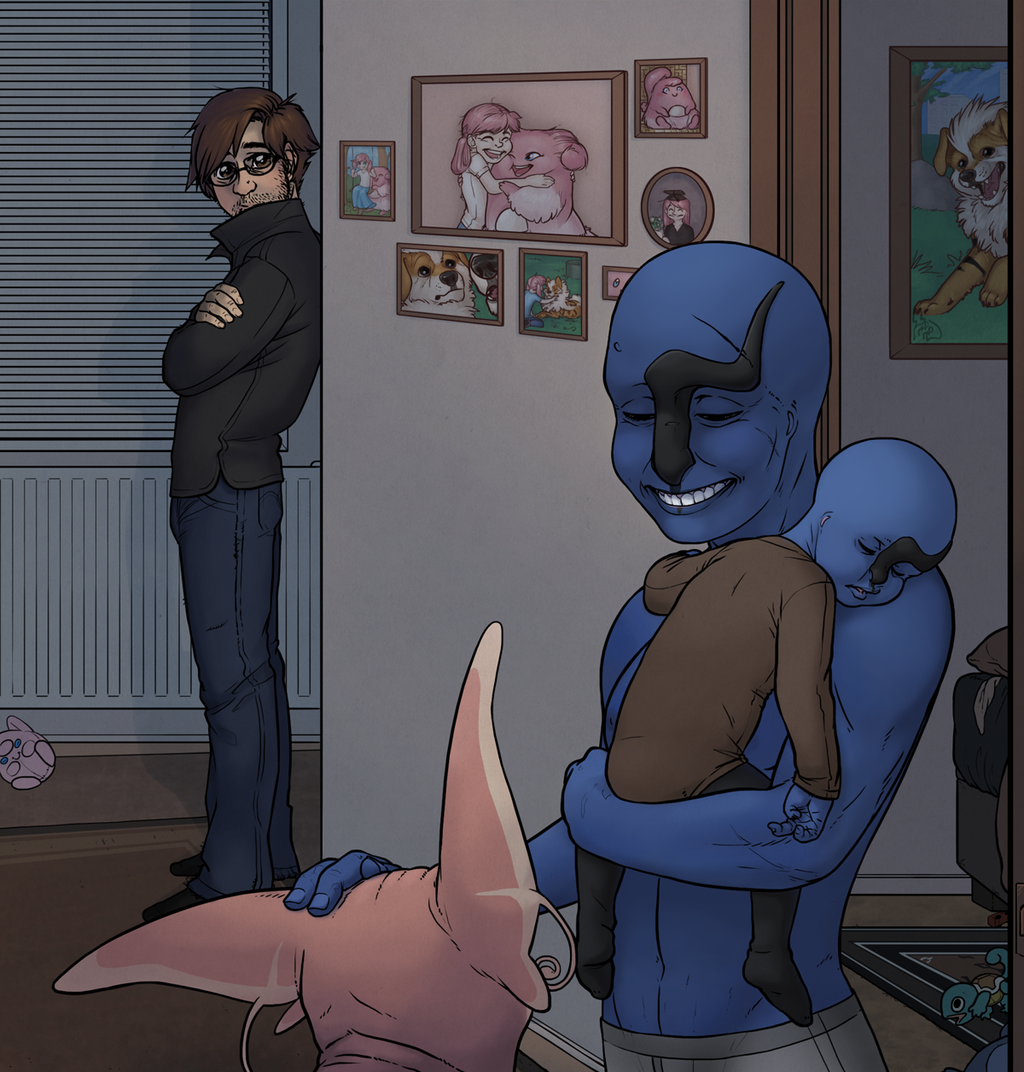 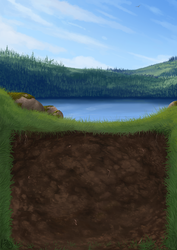 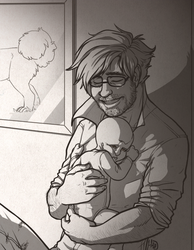 A low roar filled the sky, rumbling over the land as two large dragons fought their way across the dark heavens. This battle had been going on for months now, so it wasn't much of a miracle that people barely noticed it anymore, save for the few times the dragons' attacks would hit the town, causing momentary flickering in whatever they'd hit. One of the town's buildings had been hit by something that had caused it to age tens of years in a minute, and one of the light poles had been flickering for a week now. Those everyone noticed.

Daniel sighed. He'd been watching people fight each other for the chance to challenge the great dragons and now that people had established their spots in their little "contest" and calmed down he could finally stop worrying so much. He'd spent the past few days treating the battle-worn mons, which came to a screeching halt when a wild sandshrew warped in the middle of the center and proceeded to run around the place, biting and scratching whoever attempted to catch it until it finally disappeared the same way it'd come, leaving everyone both relieved and in urgent need of disinfectant. Overall, the day could've been better.
He sighed again, watching a few wild poochyenas chase a small mouse that tried to desperately zap them away, and close the blinds. Chaos was spreading, yes, but right now he'd rather put himself above all this and get some well-deserved rest. But not immediately. He pressed himself against the wall and turned to wait for Root to stop loafing around so he could finally close the lights and crash in bed.
Root was -probably- wishing the sawks a good night. It had figured out the sawk's language much better than Daniel had and managed to grow pretty close to the humanoid, something its owner was almost jealous of. He still didn't understand most of what Viti said and although he could just ask Root to translate for him, he'd rather understand everything himself. He looked at Root, hoping that it'd forgiven him for what he'd said to it a few days ago.
"You're so stubborn", Root had noted while he'd been sketching up some more pictures to better explain his words with. "Why are you trying to teach a sawk English anyway, it's not like he's going to need it when he gets warped back ho-
he had gotten cut off by Daniel shouting something between "shut up!" and "don't say that!". For a while he'd just glare at Root, then slowly retract back to his drawing.
"Just..." he had muttered, "please, don't- just, just don't say that. Okay? We're, it- I'll-"
"Daniel..."
"I'll -I'll teach him English and I-"
"Daniel."
"and, and we -we can talk, and I-"
"Daniel, you're not-"
"Just please!" Daniel had screamed, "I know! I know, okay! I -I -I know! These, th- I -those barbarians out there, they'll- th- they'll, they'll fight those.... things! Okay? They'll fight them and they'll warp -they'll warp us, us... Home! Do you know what that means?! It means Viti will be straight back to- to.. I dunno, Ice age or some shit, and I-I- I'll be, I'll be back to... fucking, pulling stupid, fffffucking calves out of cows! I can't -I can't go back there!" He'd risen from his chair to pace around the kitchen, his hands unsure whether they'd be more comfortable pulling his hair or gesturing wildly at nowhere in particular. He'd sat back down, gotten back up and taken a few more rounds around the room, growing increasingly hysteric, his voice high as he went on, "You don't understand, you don't understand! I-I, I... I-"
"Daniel, I-"
"They're my family! They-"
"They're not your f-"
"They are!" Daniel had screamed before collapsing to a sobbing mess on the floor. "They're- they- I... just, I love- I- I need them... I can't- I just can't lose them," were the last comprehensible words before he'd bury his face against his legs, letting out the most heartbroken cry Root had ever heard from him.

Daniel leaned tighter against the wall, trying his best to ignore the fact that they were slowly running out of time and the cold hand of fear tearing his insides. Who knew how many days they had left? What if one of them would just warp out of the present like the wild sandshrew had done? What if he'd end up at home and never get to see Utu learn to walk and talk? He might've only known the sawks for a month, but despite the hardships and chaos that month had brought to his life, he still considered himself happier now than before. And there they were, his two sawks happily going on with their lives as though they didn't know this would all come to an end sooner than he'd dare think of, smiling, laughing, not worrying about tomorrow. The two things he couldn't bear losing.

...My hand slipped.
Also, don't forget that Daniel has a Tumblr that you can bombard with questions wink wonk