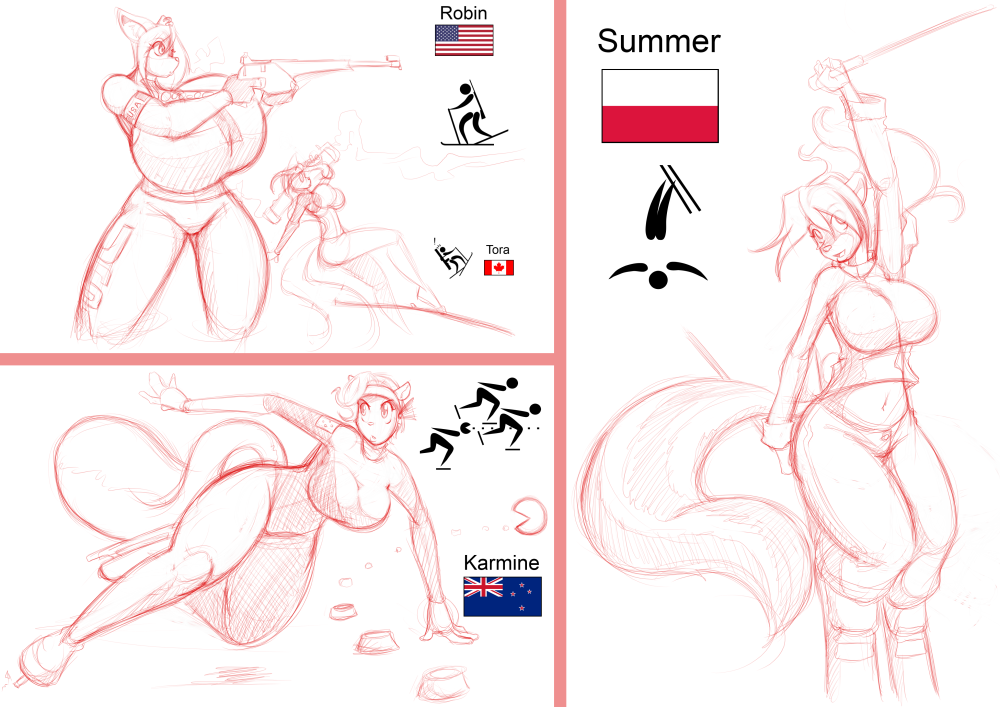 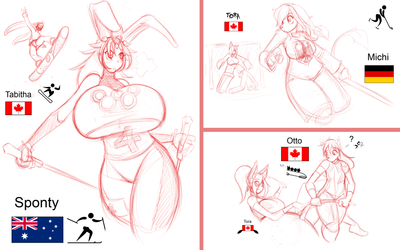 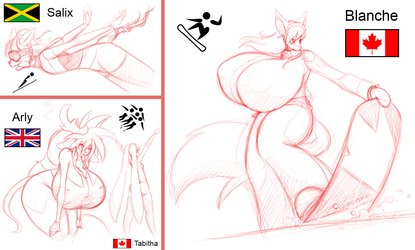 Robin (USA) - Biathlon :
Not sure strength will help here but having big breasts might do something to aim and shoot more precisely. Maybe it's some kind of inferiority complex that Tora has with Robin, but using a bazooka may be a little against the sport's rule. At least, all 5 targets will be down in one shot ... maybe even more.

Karmine (NZL) - Speed Skating :
Speed Skating is not only about about speed even if mainly, but it's also about balance and some strategy to beat your opponent. But what kind of strategy do you use when you're opponent is Pacman and even eating the dots of the track ?

Summer (POL) - Freestyle Skiing :
She may not have the most fitting name for those games but at least, Summer shows that you can be pretty and curvy and also being a great competitor doing amazing figures. No wonder why she won then.

Rock
Summer is the character of

Summer
Tora is the character of Tora
Olympic Sports Symbol and country flags are public domain.