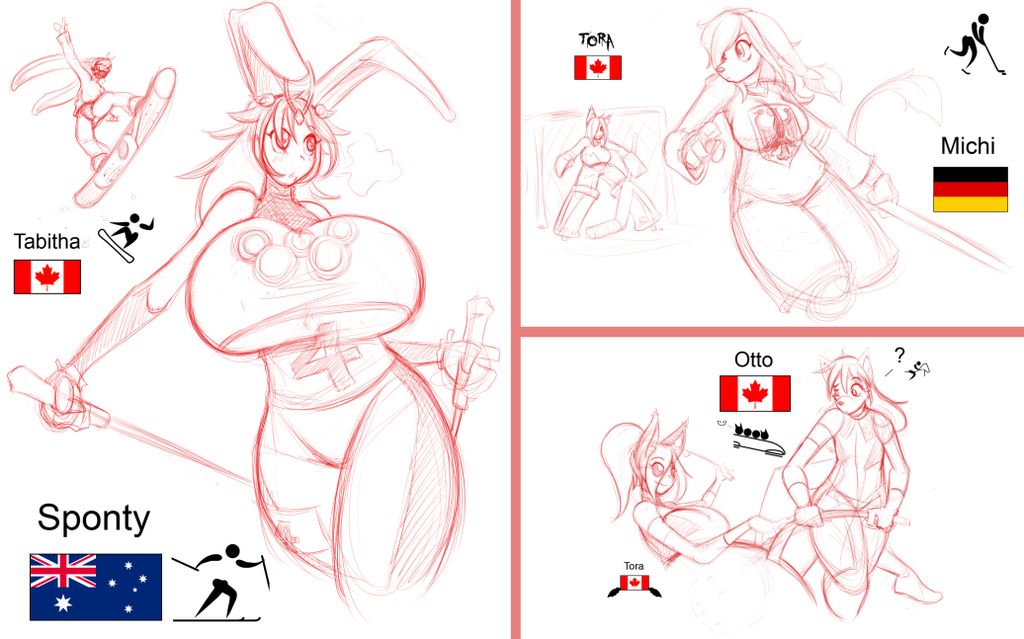 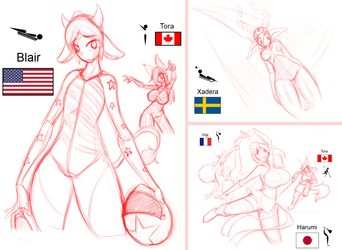 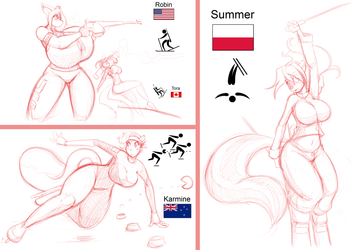 Sponty (AUS) - Cross Country Skiing :
Some needs to give a lot of efforts to win a race in Cross Country Skiing and even more when you're shapped like Sponty, while others just enjoys jumping in the close half-pipe with their snowboard ... well, jumping for a bunny, all normal for Tabitha.

Michi (GER) - Hockey :
Who said that Hockey can be violent ? That's just because you've never seen Tora Vorheese before. Hockey was just fine for Michi till she met her ...

Otto (CAN) - Bobsleigh :
This sport requires teaming in order to win a race but some people tend to think that a team can work differently : one is pushing while the other motivates the rest of the team their own way. Who knows ? It could work.