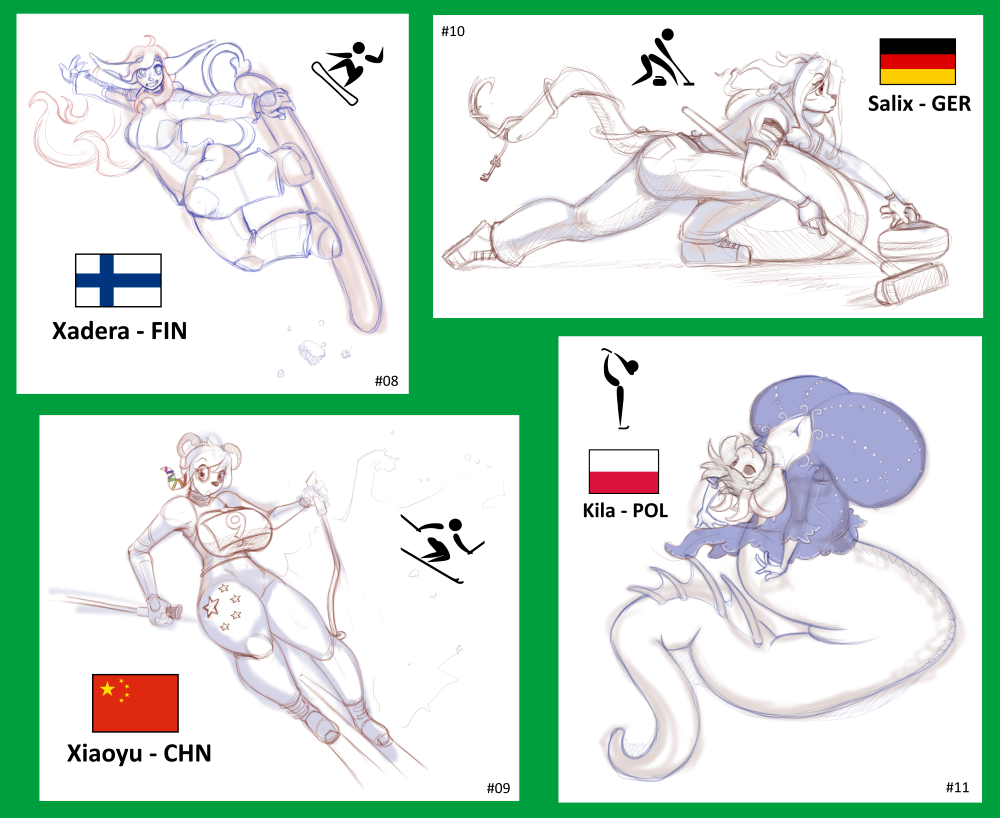 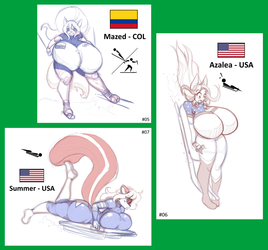 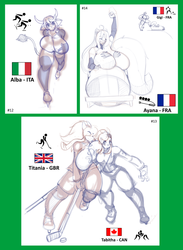 #8 Xadera (FIN) - Snowboarding :
Whether it's the figure event or the cross one, snowboard is one of the rare extreme sports during the Olympic Games that can provide extreme sensations and even more if you can make it a win with a medal once the run is over. But first of all, it's joy pleasure and fun for whoever is doing, and also with style like Xadera.

#9 Xiaoyu (CHN) - Alpine Skiing :
Almost a local one, Xia is always pushing to the fullest any sports she compets into. The pandagirl is always looking for perfection but not necessarily for the gold. Of course, getting it is still very nice, especially before the next winter games in China, her birth place.

#10 Salix (GER) - Curling :
Pushing the rock in the right direction and also with the right power is the key of curling so it stays in the target. The more you put in there, the higher score you get. This is how you win. Yet, it seems that Salix doens't really need a broom even if hers are probably sweeping after the rock, which is not that efficient.

#11 Kila (POL) - Figure Skating :
Skating for a snake (snakting ?), yes, it can sound strange though it can also give a great show with unbelievable figures. The competition is open to anybody and it adapts whether the competitor has skates or not, and Kila is more then likely going to make her best to proove she has her place here and why not even getting a medal.