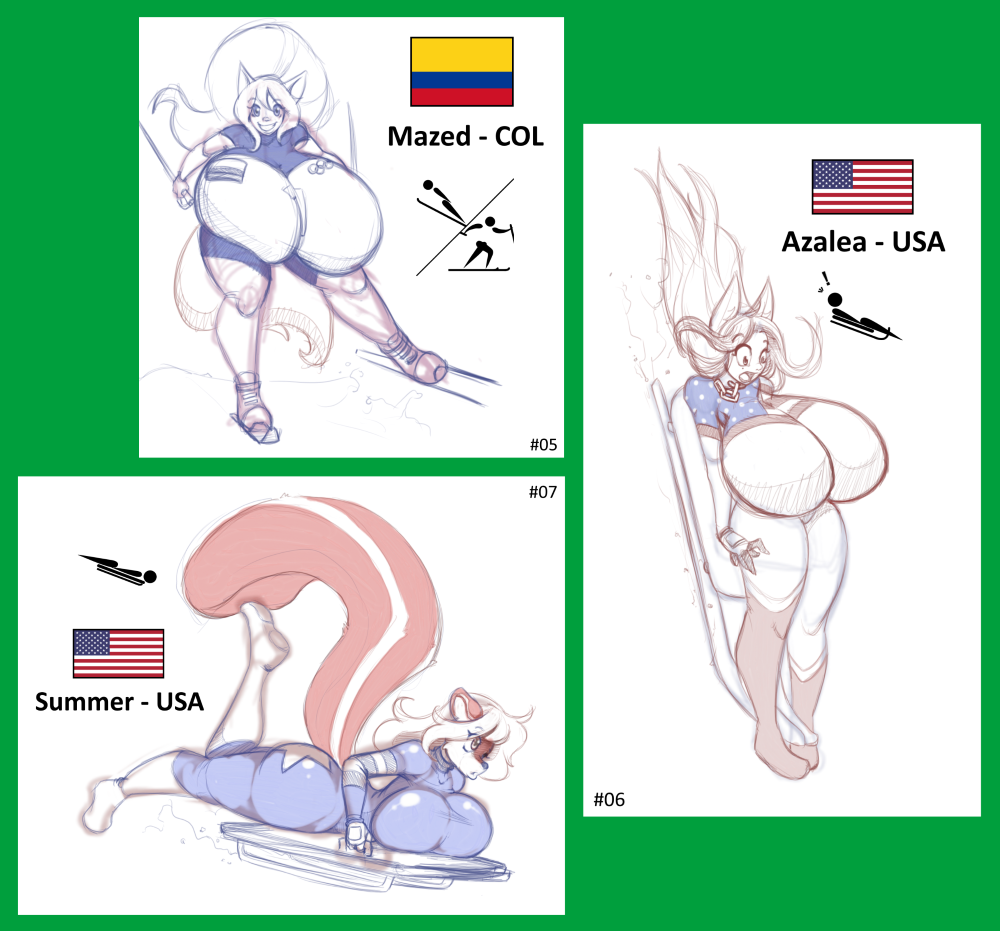 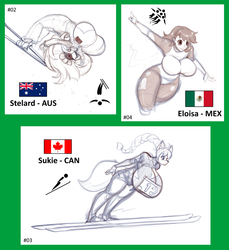 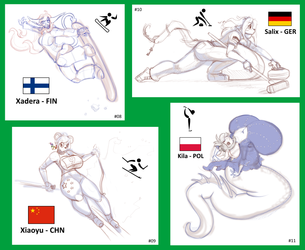 #5 Mazed (COL) - Nordic Combined :
You need to do two sports for that one event and Mazed certainly will need a lot of strength as it will ask her a lot of efforts. It looks like it's no problem so far and even more that she is having fun doing so. Let's hope it's not the first of the two sports and that it hasn't just started either.

#6 Azalea (USA) - Luge :
You can reach pretty high speed with luge when you can define and choose your path so it's all optimized and you get the gold at the finish line. But if your sight is not completely clear and that your luge is only going faster and faster ... this is another story and certainly what Azalea is experiencing.

#7 Summer (USA) - Skeleton :
Probably not a well known sports happening during Winter Olympic Games, skeleton is almost like luge but instead of being on your back with feet first, you are on your belly with head first (to make it short). You can reach the same speed than with luge making it a little more dangerous as your head is in the front (both luge and skeleton are dangerous, just like bobsleigh too).