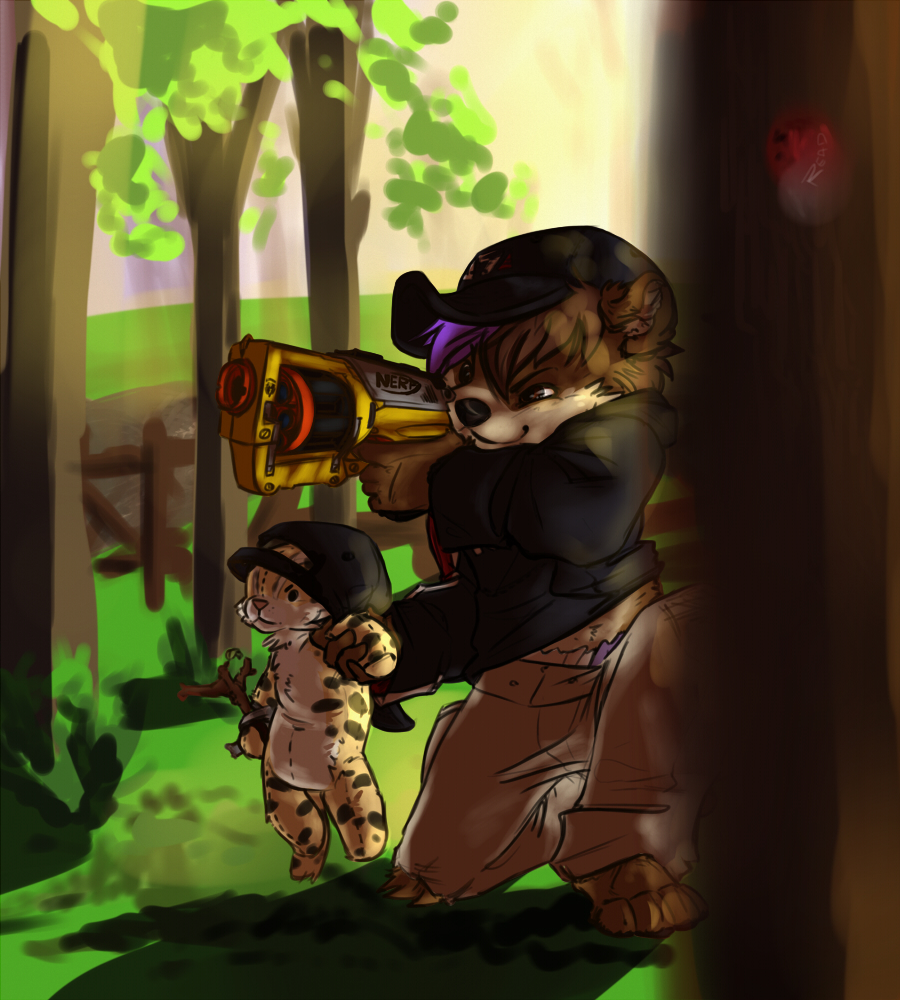 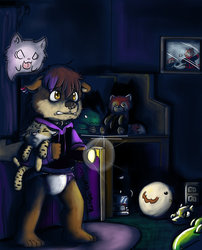 "Spectre 1, this is Command. You got a Reaper target on your left flank. Big one. Probably a Banshee with Marauder and Cannibal support. You have to take it out or it might attack the nearby city and kill a lot of innocents."
The young N7 operative tapped his implanted communicator once, his voice calm and unfazed.
"Copy that, Command. We can handle that, conside it done."
Sascha dropped into cover behind a tree, going down on one knee, adjusted his N7 basecap and lifted his heavy Talon pistol. He was trained as a Vanguard, a powerful biotic warrior who could charge into battle and dish out massive damage.
"All right Sammy." he addressed his partner, who was an Engineer . "Now it's your turn. Hit the Banshee with Overload to drop it's barrier, then I'll follow with Warp. I'll get it's attention. Stay out of it's way, use Incinerate until it goes down." The young ursine reassuringly squeezed the paw of his lynx companion. "We can do it. Get ready on my mark... "

Sascha was totally absorbed in his own little world while playing pretend as a character of his favorite computer game Mass Effect. Playing as a duo of highly trained specialists he was dressed in a comfy black sweater with the signature N7, a logo that marked members of this elite team. The same insignia was also printed on his basecap. A second, identical basecap was placed on the head of his favorite plushie, with the shield turned backwards and a twig tied to his paw as a weapon.. Acting as a substitude for the heavy Talon pistol was a brightly colored NERF gun that had at least some similarities to the Mass Effect weapon. Not much, tho.
The bear hybrid cubs loose fitting cargo pants were already ripped at his knee, showing a lot of fluffy brown fur, while hoodie had slidden up, revealing something else.
It was a pretty adorable sight, although his parents might get a bit unhappy about the stains that had already collected on his clothes and the large rip in his pants.
Still, cubs are cubs once they enter a certain state of play and their imagination runs wild … there isn't much stopping them. Just as it should be.

"MARK!"
Suddenly the bear cub sprang to his feet, almost fell down of his padded butt again, recovered and ran through the garden, giggling and shooting orange NERF darts in every direction.

Wheeee :3
I've been wainting to order a commission from the awesome and talented   read again ... and here it is.
Thank you so very much for the picture. Love how dynamic it is. Dynamic, playful, innocent. Just the lil antics of a bear cubby. Just as it should be.
Thankies! :3