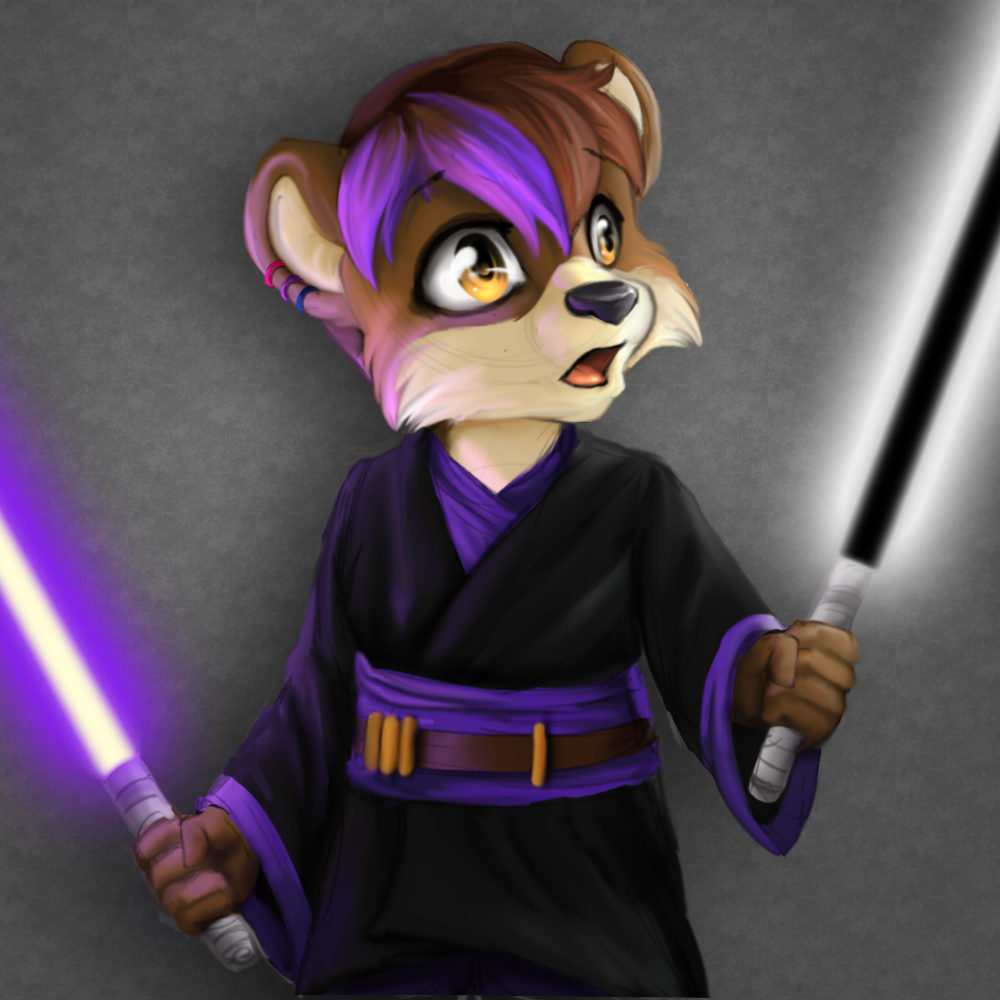 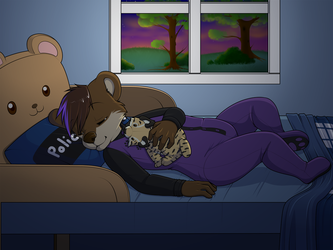 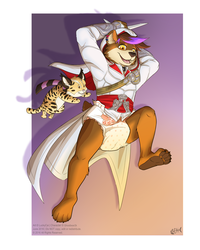 The journey to the Crystal caves on the planet Dantooine had been one of the most exciting days of Sascha's life so far.
Having joined the order quite a while a ago, while he was still a little cub, he had already learned so much.
He made mistakes like every other person, but instead of giving up or letting it spoil his mood, he just tried again. And again. And ultimately ... he succeded in his task.
The Jedi Youngling was good student, but he also retained himself a bit of childlike innocence and a little naiveté that could easily explained with his youth.
He also had a sense of pride that could easily turn into arrogance. Something that always worried his Masters, but his warm and caring heart always avoided such situations for now.
So they discussed and consulted for days, before they finally allowed the little ursine to travel to the crystal caves and pick a focusing crystal for his very first lightsaber, at a younger age than it was custom.
Roaming through the vast caves, avoiding the dangers of Kinrath living in the natural tunnels, he let the Force guide him. Waiting for the right crystal to call out to him through the Force.
Much to his own and his Jedi Masters' surprise, he emerged from the crystal caves, holding not one, but two crystals in his little paws. Both were humming to him, attuning themselves to him, so he know they were really meant for him.
Sascha basically bounced all the way to the Jedi Enclave, eager to start building his lightsabers... and see what blade the, still colorless, crystals would produce. A focusing crystal usually reveals it's nature and color the first time a force sensitive person touches it. Sometimes however, it takes as long as finishing the telltale weapon to reveal it's color.
It took the little bearhybrid days of meditation to build not only one, but two sabers... his young age and sometimes still shorter attention span not making his task any easier. He slipped up, he made mistakes, but in the end, two finished lightsabers were lying in front of him, waiting to be used for the first time. The hilts of the weapons were functional, kinda plain and simple... but he was so proud nevertheless.
He looked at his Master, an old, grizzled looking Lynx, waiting for the formal permission to continue, who smiled and simply nodded once.
Taking up the lightsabers, Sascha inhaled, held his breath, then pressed the activation button on the saber in his right paw.
The blade ignited with the typical low humming sound, emitting a bright purple blade ... matching the color accents of his black Jedi robes and of his brightly purple dyed strands of hair.
He always loved that color and it seemed the crystal calling out to him, reacted to just that.
Away was the dignified moment as his more childlike side took over again. Bouncing on his toes, wagging his stubby tail, he visible struggled to keep his composure and follow the ritual. Again he had to wait for his Jedi Master's permission to go on and to him it felt like an eternity, before he received the second nod.
Eagerly he pressed the activation button on his second lightsaber.
This time however, the blade ignited with a powerful, very high pitched wine, indicating this crystal was very different.
Wide eyed and totally in awe he stared at the strange lightsaber blade. A rare and powerful blade with a black core.
"WOOOOOAAAAAAA!"

Again I absolutely had to commission one of the Star Wars themed pictures, offered by the highly talented

clemikou.
Thank you so very much for the great picture!

And instead of making him older than the year before (like I did with the last two pictures from Clemikou) I wanted to make him younger this time. Not a Padawan learned, but still a Youngling, just having build his very first lightsabers. A defining moment in a Jedi's life ... when they fire up their sabers for the first time, after painstakingly constructing them, all by themselves.