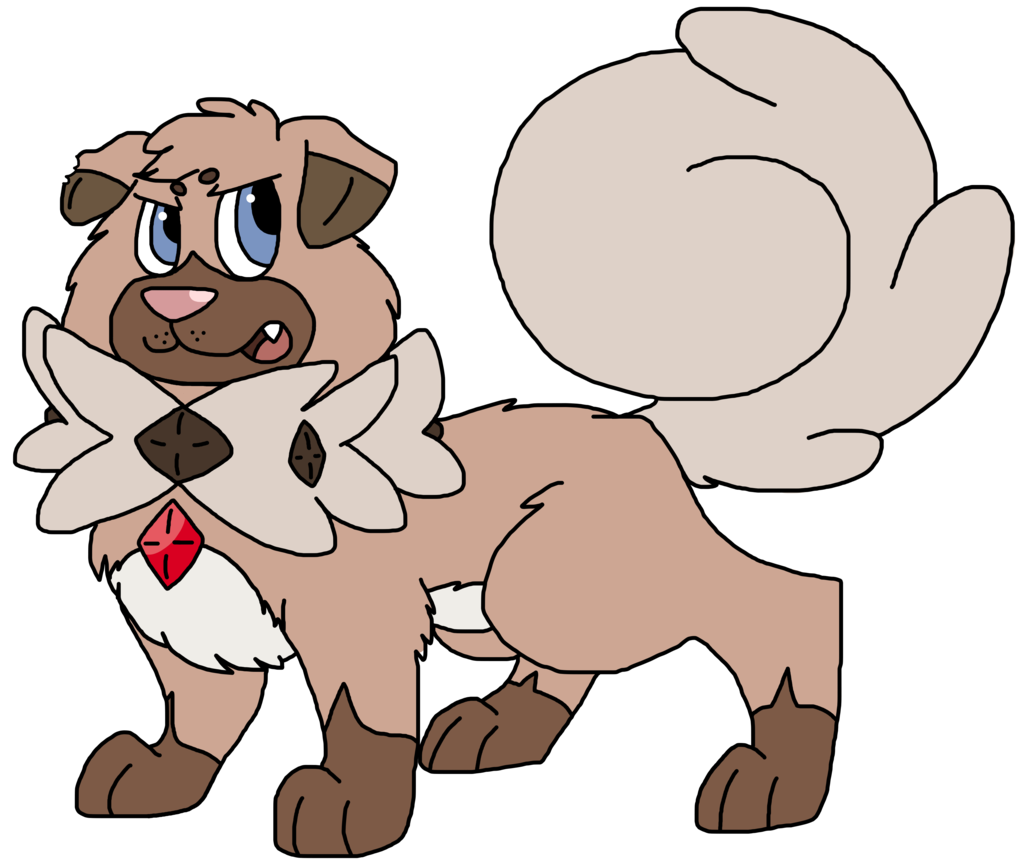 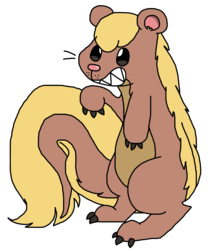 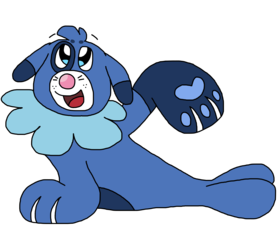 Okay, I know the FIRST TIME any Otaku is about to say to me.
"Duuuuuh, isn't that the name of that movie with the tanukis with the big balls?"

As you can probably tell, he's a bit of a grump. He often gets called a "pet Pokemon" which he doesn't appreciate, as he sees himself as just as "wild" as any other wild Pokemon. He becomes friends with Sonja a little while after meeting with her, but is soon a bit annoyed with her antics and personality. Sonja comments on how it's extremely odd for a PUPPY Pokemon to be as irritable as he is, to he which he replies that she's odd period (because of her human-like behavior). However, the two of them get along despite that, because they make a good team (and Sonja's occasional moping about things pleases him). Whenever Pom-Poko annoys/angers Sonja, she usually squirts him with a Water Gun, which has him yelping in pain: "IT BURNS!".

He has a bite in his ear because of a previous encounter with a Yungoos and... well, at least that's the worse damage he took from that. Also, I'm scared of a Yungoos who can bite through solid ROCK. ...okay, he might be fleshy there. BUT STILL. Wait, hold on. checks Yungoos's page on Pokemon-SunMoon.com Never mind. "It has strong fangs, so it can crush and consume the hardest of objects."
Yeah, Poke should be more careful next time.

I gave him a basic Iwanko look, but with a few minor changes. His ears droop instead of being perky and floppy, to more emphasis his "down" mood all of the time. He has a red, shiny stone under his fur collar that's supposed to be like a collar tag. That stone is NOT a ruby, he assures you. YEAH RIGHT. He just doesn't want you to skin him for it! gets stone appraised ...whoops, it WAS just a rock.
...sorry, Poke.
He has tiny eye spots (those spots above the eyes (like on a Doberman)) and I trying to give him double eye patches, but it looked gross... whenever I try to do that, it always looks bad. XD
Annnnnnnnd, the bite mark from the Yungoos.

Did I ever mention how hard it was to draw that fluff collar? Yeeeeaaah... I'll tweak that the next time I draw him. This is just a practice picture and his design is still a work-in-progress to me. Also his left hind leg... it's so long... XD
But, I'm used to drawing taller characters, hence why it's sooooooo long... also, I like drawing hindlegs. Long hindlegs. Sorry.