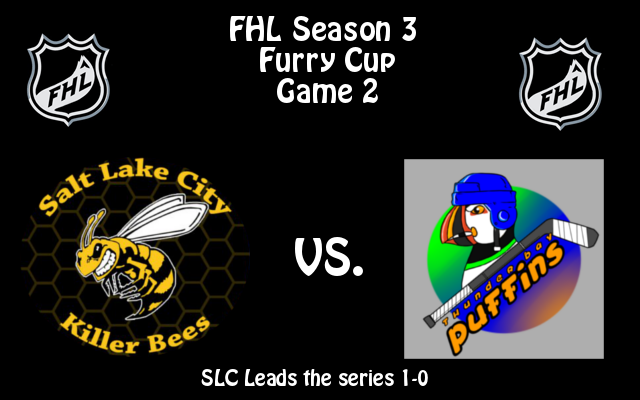 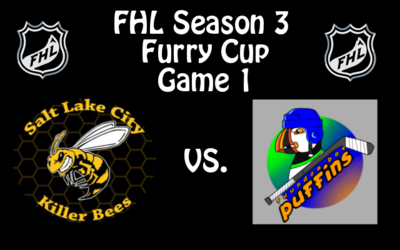 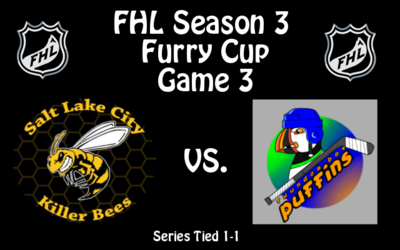 Tonight is Game 2 of the FHL Furry Cup! Game 1 saw the Thunder Bay Puffins charge out and hold a two goal lead through periods, before the Salt Lake City Killer Bees charged back with a four goal third, and win the game 4-2. Can the Puffins respond tonight with their own charge, or will the Killer Bees find themselves leaving home ice with a 2 games advantage?

It was very much a turned table from the first game in Salt Lake City. Entering the third period, the Killer Bees had built up a 3-1 lead on goals by foxes Swiftfoot and Luxton, but all that changed in the third. A goal by Quaragan, and two goals by Paul Shepherd, completing a hat trick on the night put the Puffins ahead late, and allowing the Puffins to bring the series even 1-1 as it turns to Thunder Bay.