Multiverse Invitation to the Tea Party! (Art by Sinereous) by FeyPhoenix 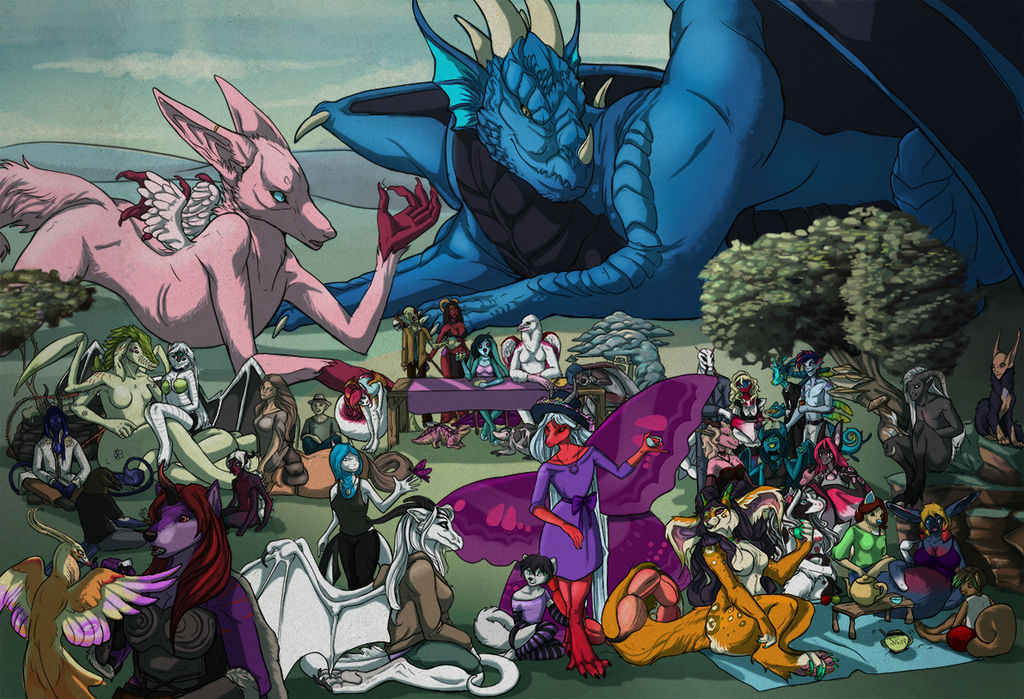 Multiverse Invitation to the Tea Party! (Art by Sinereous)

Art by the extremely patient

Rêve loves to have fun. What is more fun than inviting friends from all over the multiverse together for a tea party?

Okay... there are a LOT of characters in this, many of them are mine, but I will try not to forget any of them... yeah. Here goes...

Meez (giant pink one in the background) =

At (and next to) the table in the center, from left to right:
Loti =

Group by the boulder on the left:
Hallelujah =

SebaKnight1
Birdman in front of the group, Skott =

KaydenFrei
In front of them, and on the boulder:
Alexandra =

Okay, I think that is everybody....