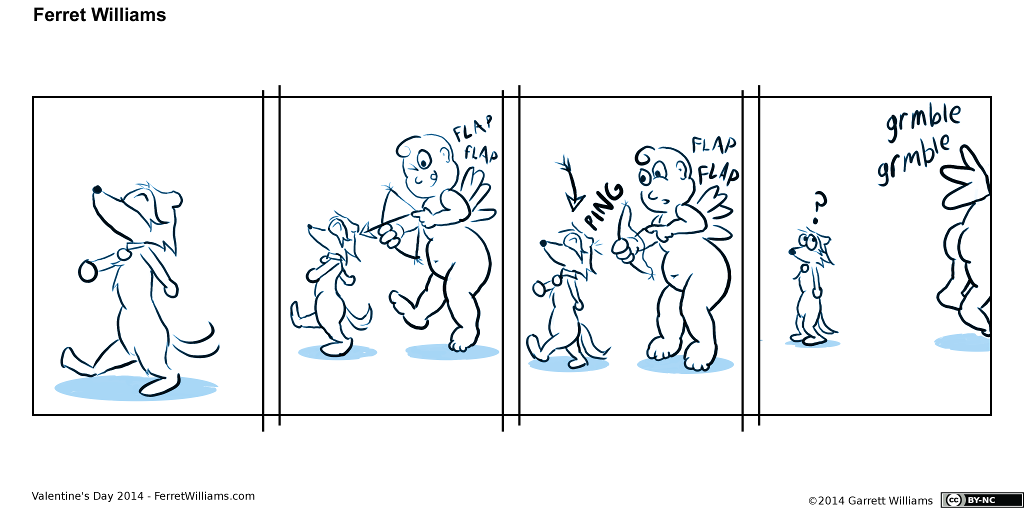 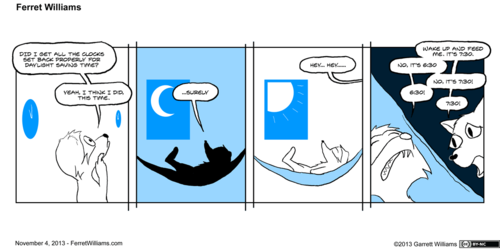 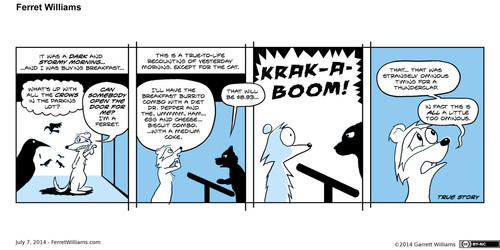 I've never felt a need to have a date on Valentine's Day. Or any day, for that matter. I hear that it's called being asexual and it frustrates Cupid quite a bit.

So anyway I was conversing with a gay co-worker about the Valentine's Day cupcakes that somebody brought. They seemed to be going quickly so I made sure to get one with no walnut pieces on it because I don't like any nuts except peanuts. My co-worker responded that he likes nuts. "I know" was my response, followed by a smirk. He knew that was coming, heh. I've never actually gotten to make that kind of joke to an actual homosexual directly, so of course I couldn't resist!

And now to add way too many subjects to the comic description, this is the first comic I've done in Gimp, since I'm trying to transition to Linux and open-source software. Still not liking the program, though it's not technically for comic production. Inkscape and Krita are probably the best for that, but I haven't learned Krita well enough to want to use it when I just want to get a comic done quickly. I at least know some things about Gimp. Also, neither program does text as well as Photoshop. In the end, I suspect I might use Blender for all comics, even the lineart ones, because I know the program inside and out, including a little bit about the underlying code.