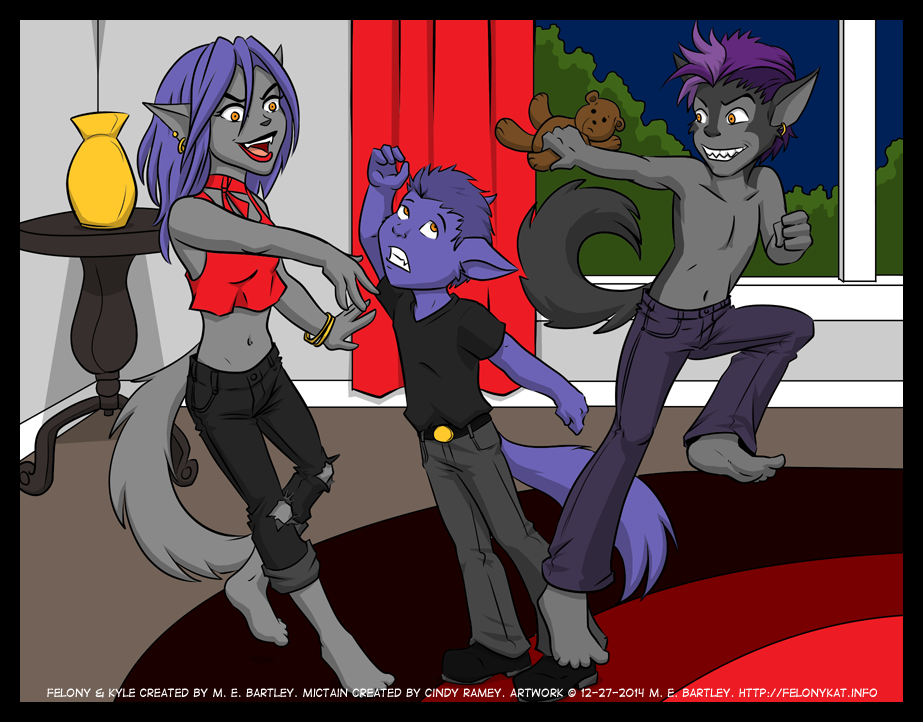 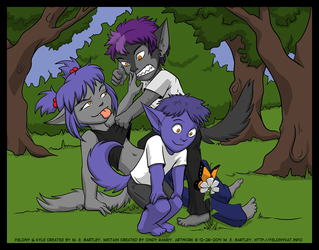 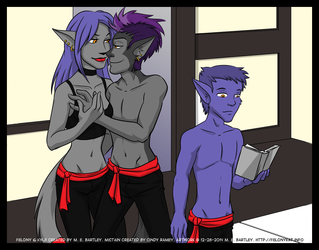 Second part here they are ages 14, 13 and 10. Felony is the oldest and Kyle the youngest. Felony and Mictain became friends and both thought it was unfair for Kyle to be Dark Kat's heir. They teased him relentlessly, often teaming up to pick on him. Just never in Dark Kat's presence as Kyle was "the golden child" as Felony and Mictain called him.