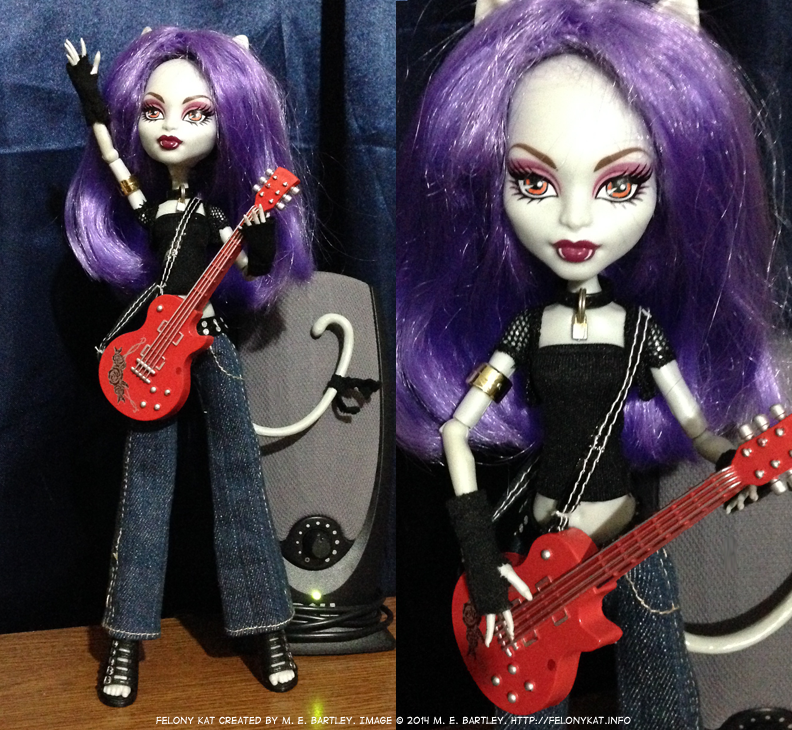 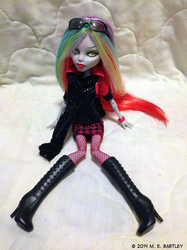 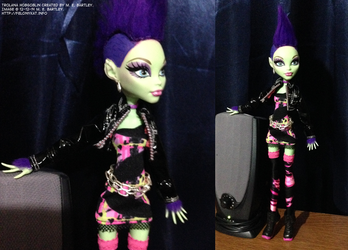 Finally completed my Felony doll. I'd add earrings to her but would require tools I do not have at the moment so for now here she is. I love Monster High and have collected several of the dolls and began working on some of my own characters.

How I made Felony: