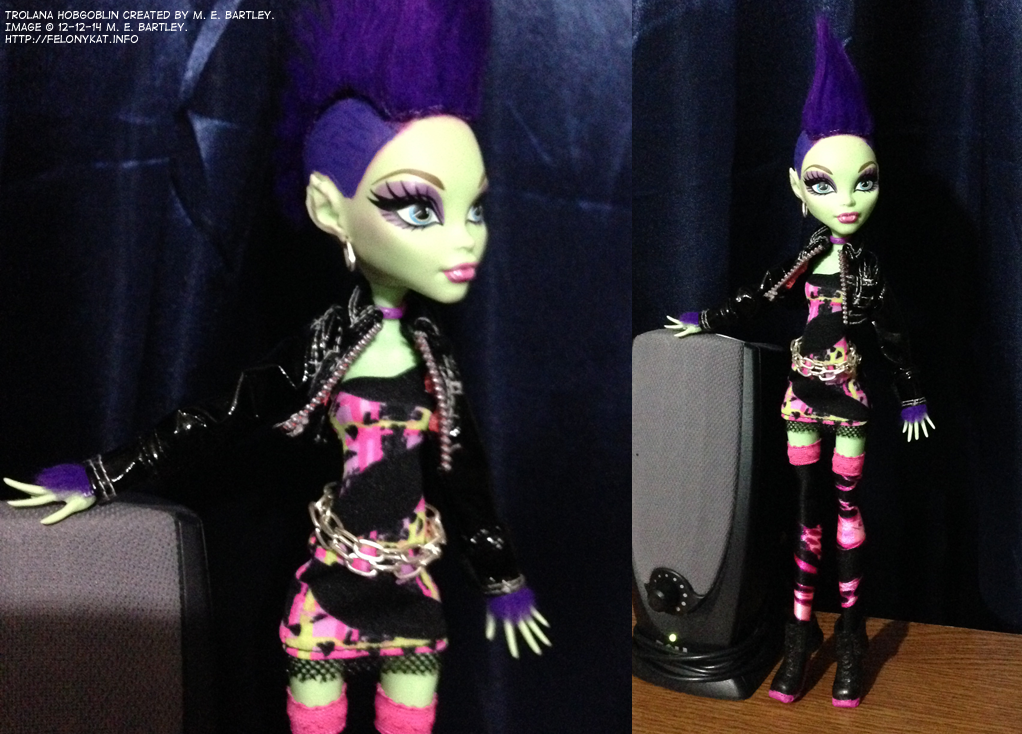 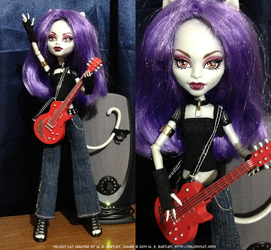 How I made her:

Body - Used Musical Festival Venus Flytrap doll. I removed all the hair and the fuzz from the head. Using faux purple fur, I cut out a strip to glue to the middle of the head for her mohawk. Originally I used a dark purple sharpie for the sides but later went over that with purple paint. The tops of her hands I used faux purple fur for the hair which I glued on.

Clothes - The dress and shoes are from the Musical Festival Venus Flytrap doll. The choker is a bracelet. The leather jacket came from a Bratz doll. Her stockings I obtained from ebay. The chain belt and earring were from a necklace of mine.

Trolana Hobgoblin is one tough ghoul, but doesn’t go looking for trouble. She’s more the quiet type. When her friends need her, she’s there for them. She has a fear of bridges and avoids them (much to the embarrassment of her family). She enjoys music and listens to a variety of styles but prefers rock and alternative. She herself plays the drums and hopes to someday find a band to play with.