I draw comics and deface vinyl for fun and profit. Sometimes it's reversed. Sometimes both at the same time! :D
I'm just a cartoonist with an overactive imagination. I'm also a music geek. I sometimes laugh way too loud.

'I can express something [with animals] that is different from what I put into my work about humans [...] I can put more nonsense, more satire and fantasy into the animals [...] they're also easier to do than people [...] With people I try more for realism, which is probably why I'm generally better with animals.' Robert Crumb

'The only way to stave off boredom, in a complex domesticated primate like humankind, is to increase one's intelligence. This is not appealing to the average primate, who instead invents emotional games (soap opera and grand opera dramatics).' Robert Anton Wilson

'To be a creator, you must ask yourself in your stillest moment of your night if it were truly denied you to create would you die? And if your answer is yes, you have no choice, that is your choice. Because there's no poor, indifferent place for an artist, that's what you do and that's it. It's not an easy life, but that's your life.' Dennis Hopper

'All artists are prepared to suffer for their work, but why are so few prepared to learn to draw?' Banksy

Most recent: A Perfect Day (bah)! 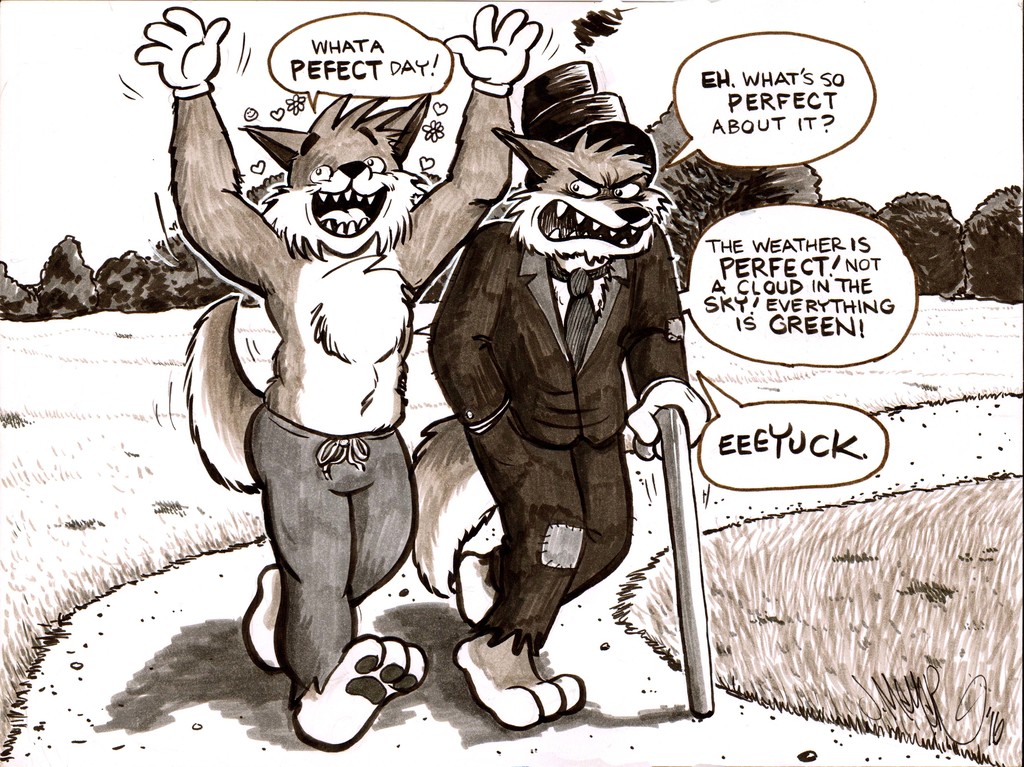 Now if you are interested in supporting my work, as well as seeing my comics before anyone else, I now have a Patreon & a Ko-Fi!
https://www.patreon.com/iamjoemeyer
https://ko-fi.com/iamjoemeyer
I should be updating my galleries here soon, as well!
Thanks for reading this! :D