Iffen wez not suppozta eat PEOPLE, why dey be made o' MEAT?!

The above task currently is all-consuming so please be understanding if I'm torpid. 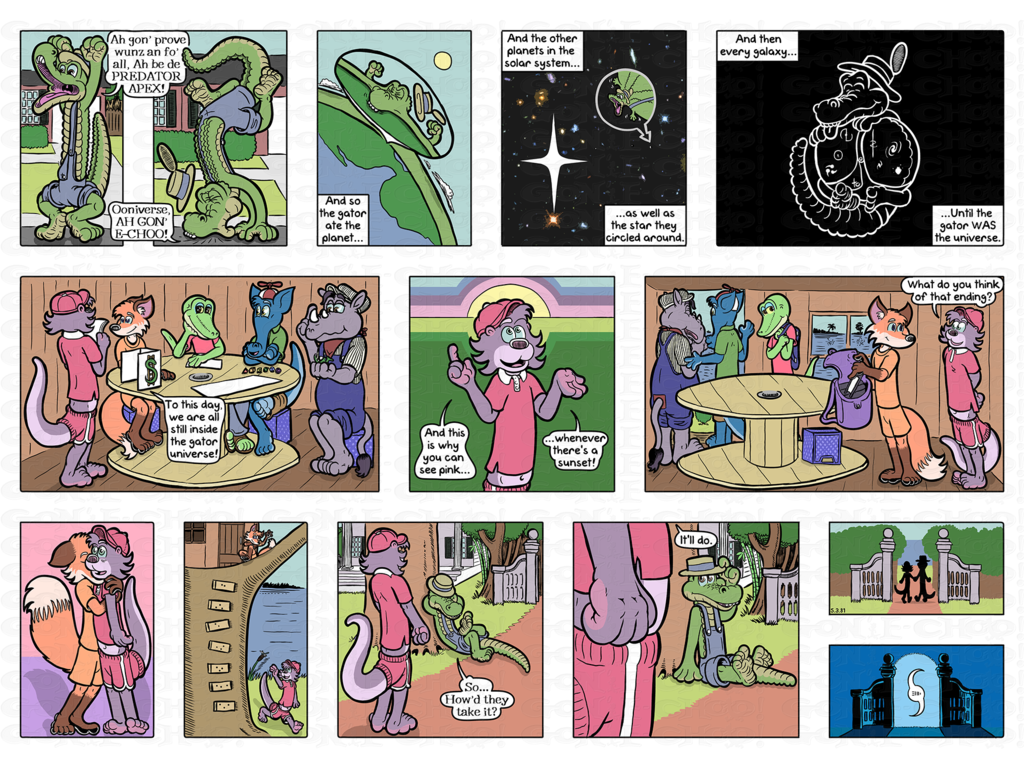 I reckon it's time to make this OH-FISH-ALL.

Gon' E-Choo, the arcade cabinet simulation Game is on Early Access Steam (for a 15% discount until August 4th, making it a whopping $1.69). Early Access allows you to play the game in, in this case, a mildly buggy, moderately incomplete state - you don't have to repurchase the game when it reaches 'release' status.

The iOS version, released earlier in July, is still selling for 99 cents. The difference between the two games is the mobile version focuses solely on the arcade game itself, and doesn't involve any of the 3d cabinet-based meta-gaming.

EDIT: MacOS version has been released!

Other platforms such as Linux and Android are in the works!

PS: I'm just the designer of the art and the IP owner. The coder is a different person than I. There's sometimes confusion over this.