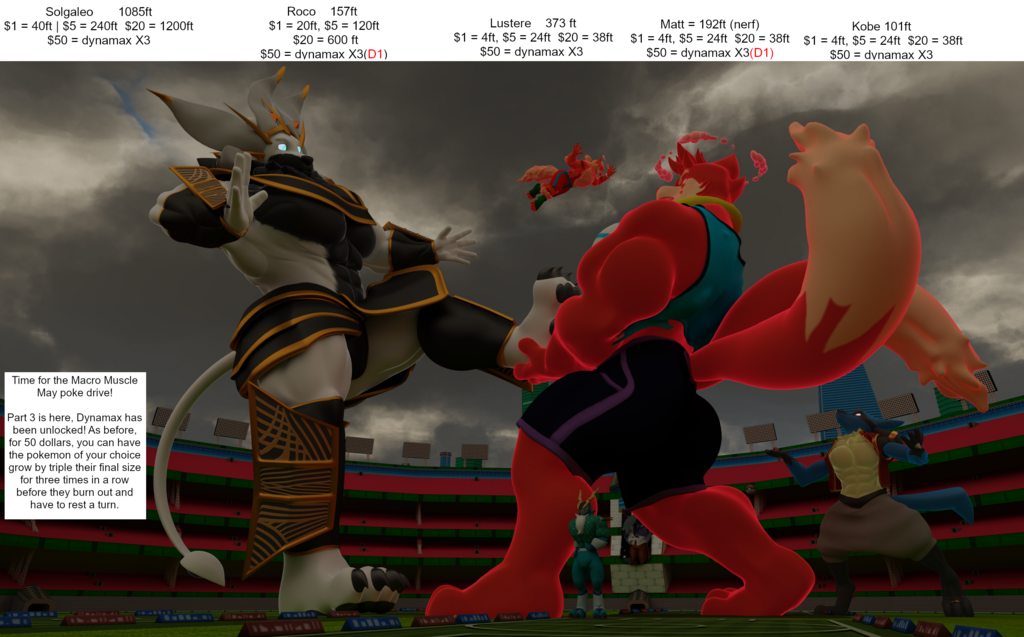 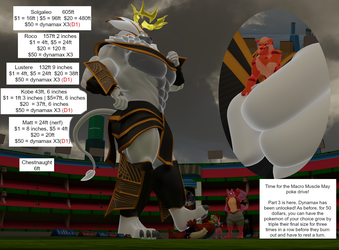 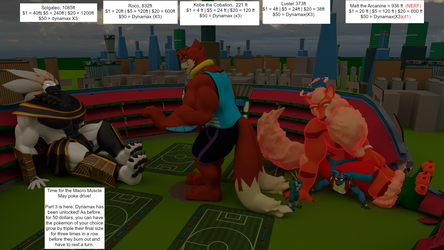 And so three out of four of our pokemons have dynamaxed once. Remember, you can dynamax them 3 times a turn!

Roco has had enough of he lion's bs. Despite still being somewhat smaller, the Dynamaxed Buizel has more than enough muscle right now to send Sol Galeo toppling. It doesn't help that Sol lost some muscle mass coming out of his dynamax. Meanwhile, Matt is flying through the air without the greatest of ease, having managed to stay dynamaxed, and finally progressing to fourth place. Luster, still in third, is going to try to catch Matt. let's see how that works out for him. Meanwhile, Kobe has somehow managed to get a new shirt made and fitted.
also, for scale, there's a 6ft chestnaught... somewhere.

Note, if you look in the background, you'll see the stadium, (rebuilt via nanite tech,) is sporting some banners to last year's winner, corvo the corvoknight.

to donate, go to this link! https://www.paypal.me/candyhalloweendrive?locale.x=en_US be sure to say in the note who the donation is going towards.