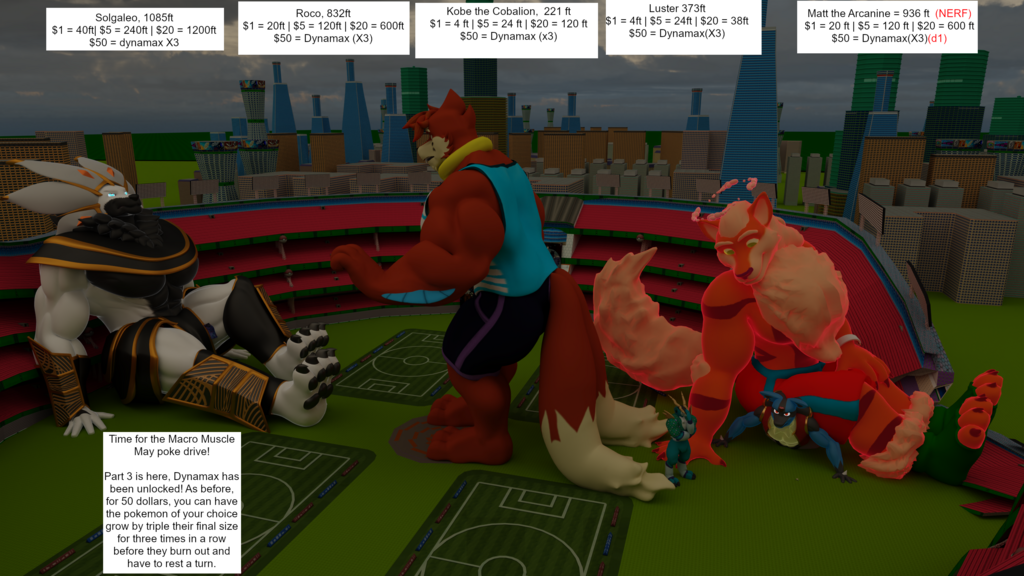 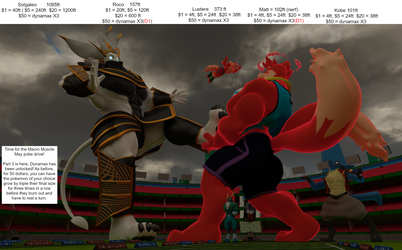 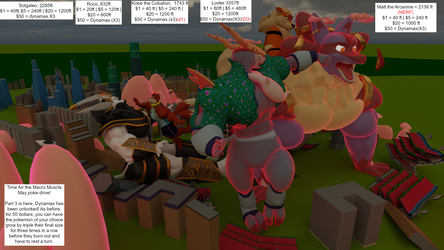 Welp, matt has offically gone from second to last to second place. Poor Luster, he only wanted to help, but now he's flat.
Meanwhile, Roco just realized he flipped a member of the pokemon pantheon. Woops.

Kobe is just tired of this nonsense.

Note, if you look in the background, you'll see the stadium, (rebuilt via nanite tech,) is sporting some banners to last year's winner, corvo the corvoknight.

to donate, go to this link! https://www.paypal.me/candyhalloweendrive?locale.x=en_US be sure to say in the note who the donation is going towards.