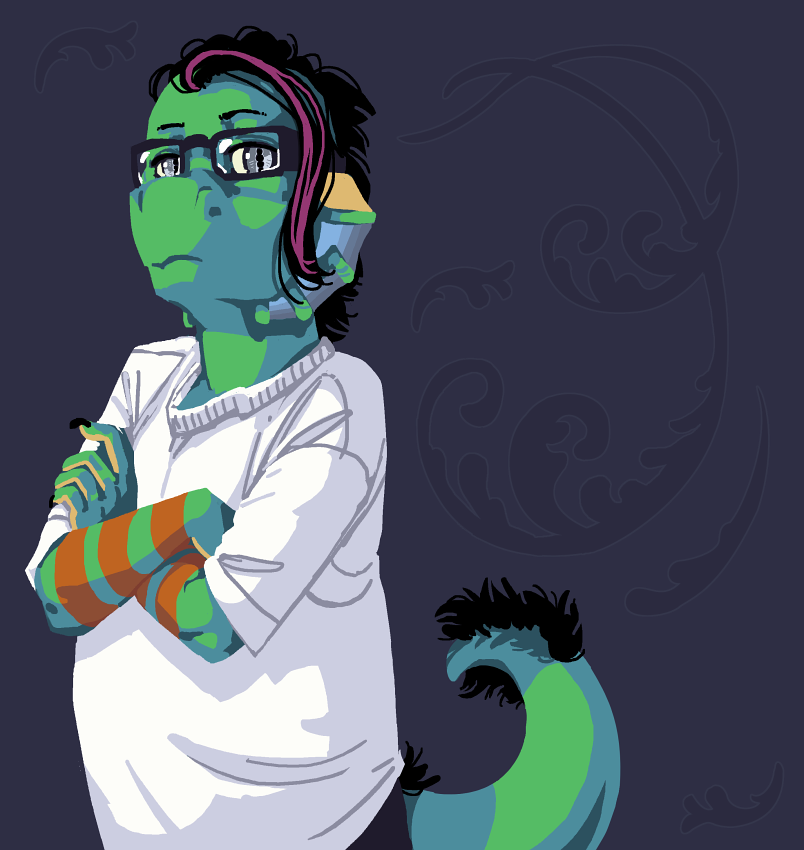 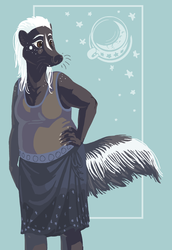 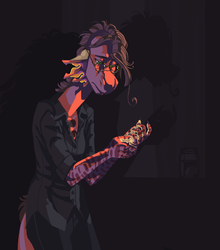 I felt like drawing Root, so there she is.

Random thing about her. Her mother is wealthy but she isn’t on good terms with her, and her mother won’t help her monetarily. Her mother did her one favor which backfired, probably on purpose. Her family also belongs to a Saratoic sub-race called the Oon. There’s a scholarship fund for Oon sub adults, but it can be hard to tell Oon from individual members of other sub races that happen to share their most prominent traits (being short and stocky with short tails and snouts), so they have a test which looks for their one unique trait. They have extreme endurance. So they have a marathon.

RootLatch’s mother signing her up for this marathon implies her heredity is in question and many took it as her mother politely disowning her, which caused them to question why and now she’s basically rumored to have done every possible horrible thing to have deserved being disowned. Her mother helpfully fails to defend her at all, because like I said, they are not on good terms.

For her part, Root just tries to live up to her infamy. Which is hilarious when you think about it, since she has the stature and voice of a 10 year old.