[YCH] I've got your back by DexterLion 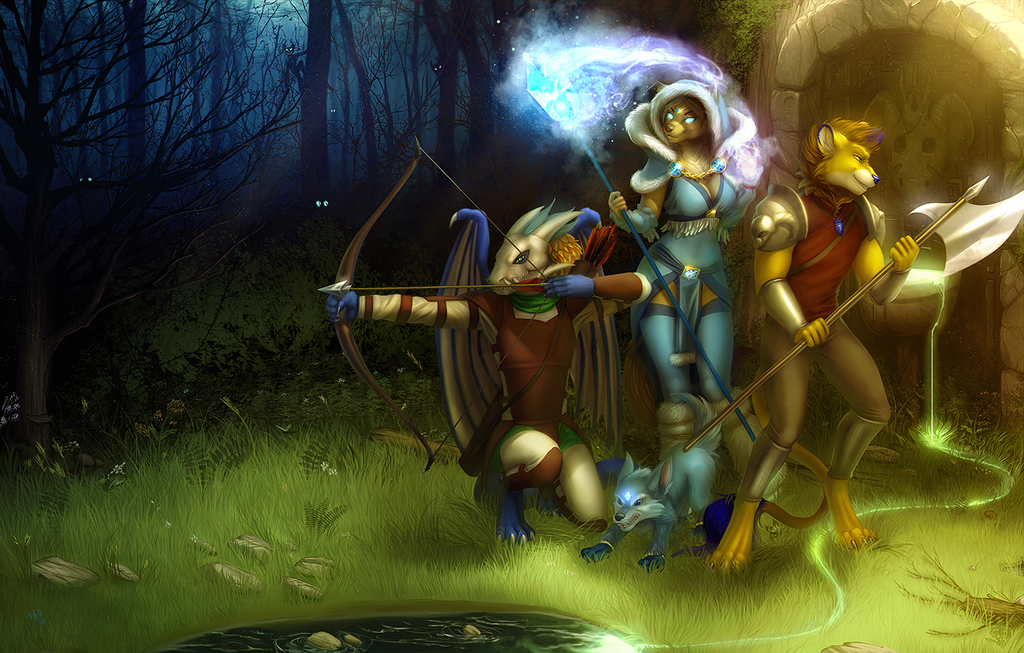 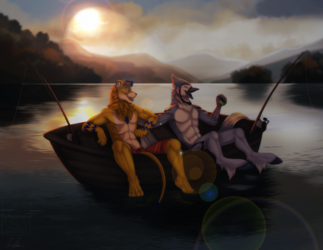 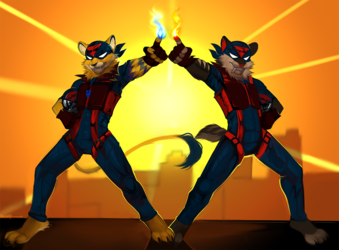 [YCH] I've got your back

Today’s adventure has Dexter fighting alongside two expert warriors, deep in a dark mystical forest. The trio strategically makes use of their individual strengths and skills to function as a deadly cohesive unit, conquering any and all challenges they encounter. A fearsome force that’s purrrfect for quests throughout this unforgiving forest.

-The group consists of: Balqrin, who’s agile, incredibly accurate at long range, can fire arrows at rapid pace, and boasts razor sharp senses. Making him one of the most feared archers in all the land.

-Next we have Lillian, a fearless magician who uses her legendary mastery of the arts to trek through some of the darkest zones known to furs, grant unbelievable abilities to her and her allies, even allowing her to go toe-to-toe with even the most powerful dark magic users.

-Then we have Dexter whose....Dexterity :P falls flat hah I da know, you can figure that one out for yourself. I couldn’t let that one slide x3

Ok so whatever this mission’s about... we’re gonna have to break off and search for yarn balls at some point. Just throwing it out there now so there’s no surprises later on >.>

Awesome YCH collab done by artists Elvofirida and Kirena-Kaya Did great work with the dark surrounding forest, giving a sense of danger and unease. But with the nice poses and expressions they gave our warriors, the dangers will certainly be no match for the trio! Original artist post here: [Trinity]