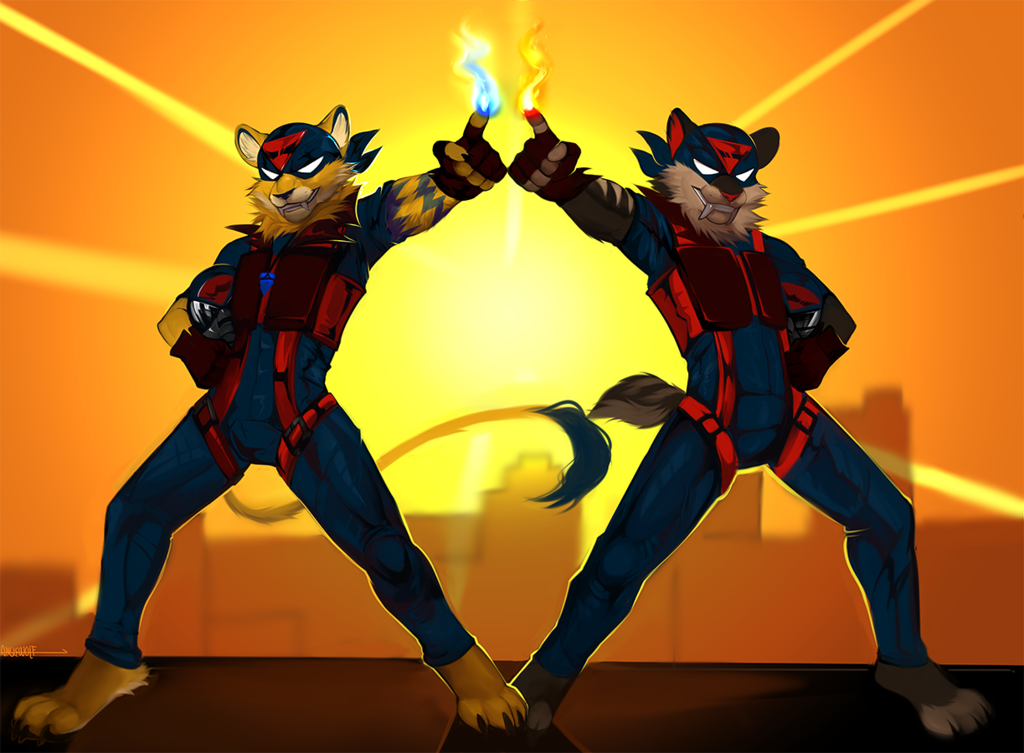 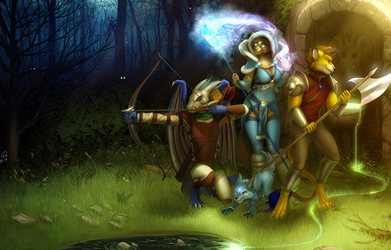 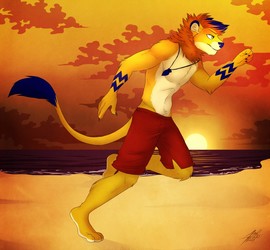 May evil-doers beware, quake in fear, run in terror, whatever ya gotta do. There’s a new heroic squad in town and they’re ready to take you down!

Here we have two of the four Next-Gen Swat Kats, Dovah and Dexter. Both suited up, posing and ready for action! Super hyped for today’s adventure*ahem* badass explosion filled mission. Yeah T-Bone and Razor were ok Swat Kats, but they’ve got nothing on the twin flames double trouble of two fire cats. Plus there’s 5 NG Swat Kats in total so it was about that time to get scrubbing*ahem*retiring of the older cats...they were basically kitties in comparison >=3

No really beware, don’t think you’re grasping the true danger of a fire-cat that’s granted full immunity from the consequences of collateral damage >=3

Badass Commission done by the ever-talented angiewolf Loved the super hero vibe this gives off. Haha if not a bit uhmm... disco themed :P