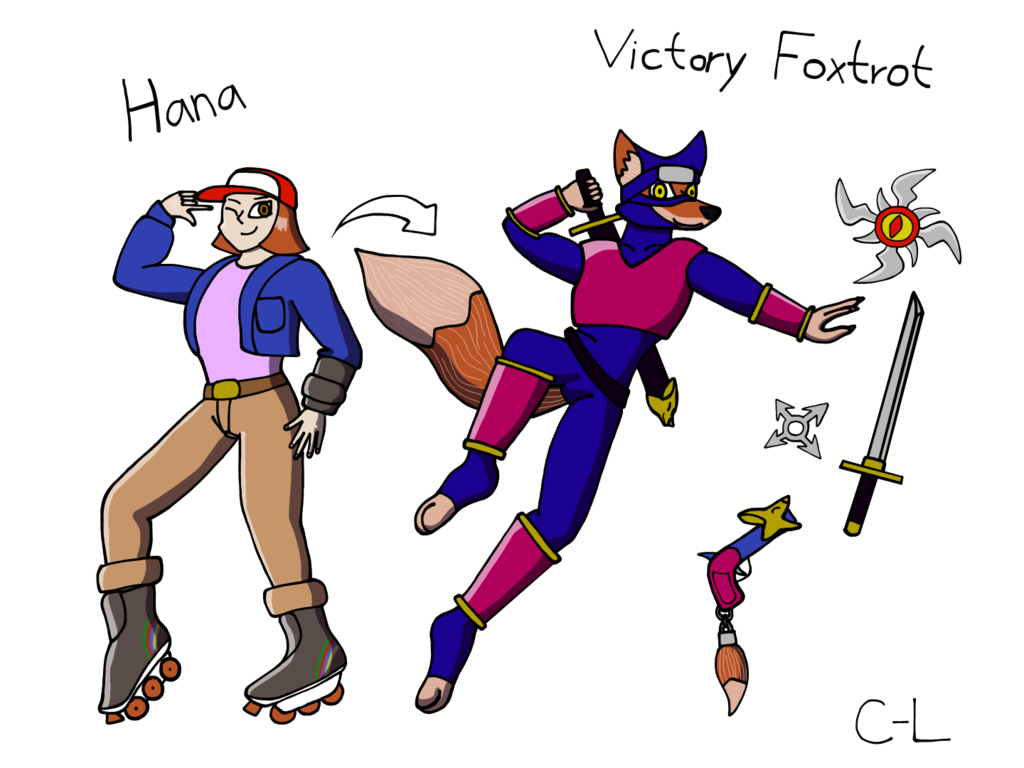 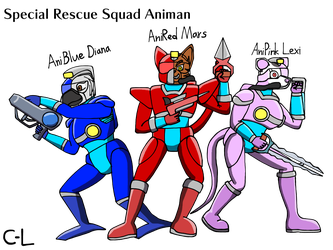 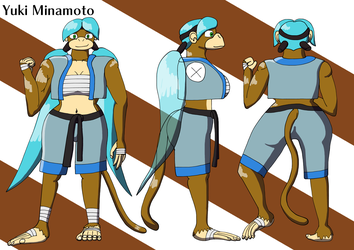 I have been working on more concept art for my Animal Heroes series (which Magical Guardian Magus Doe is part of), and I'd like to share them with you.

Wild Wars Victory Foxtrot is about a girl named Hana, a teenager who wanted life to be a bit more exciting. Her wishes came true when her mother who had been missing for most of her life came back to reveal herself to be a Kyubi, a nine-tailed fox and gave her the task to help protect a powerful artefact from the wrong hands.

Hana chose the name Victory Foxtrot because she thought it sounded cool.

Being a kitsune ninja turned out to be the best thing to have happened in her life, even when the evil forces or rival animal warriors tries to get their hands on the artefact.

She's got some of the abilities of a kitsune, which makes her capable of doing several tricks that fictional ninjas does.

Aside from a sword so does Hana also pack shurikens, the Fox Fire Gun, and the Fox Eye which is a bigger shuriken that has her powers stored when she's not being Victory Foxtrot.

This was originally uploaded one week earlier over at Patreon. You can find the link down below.