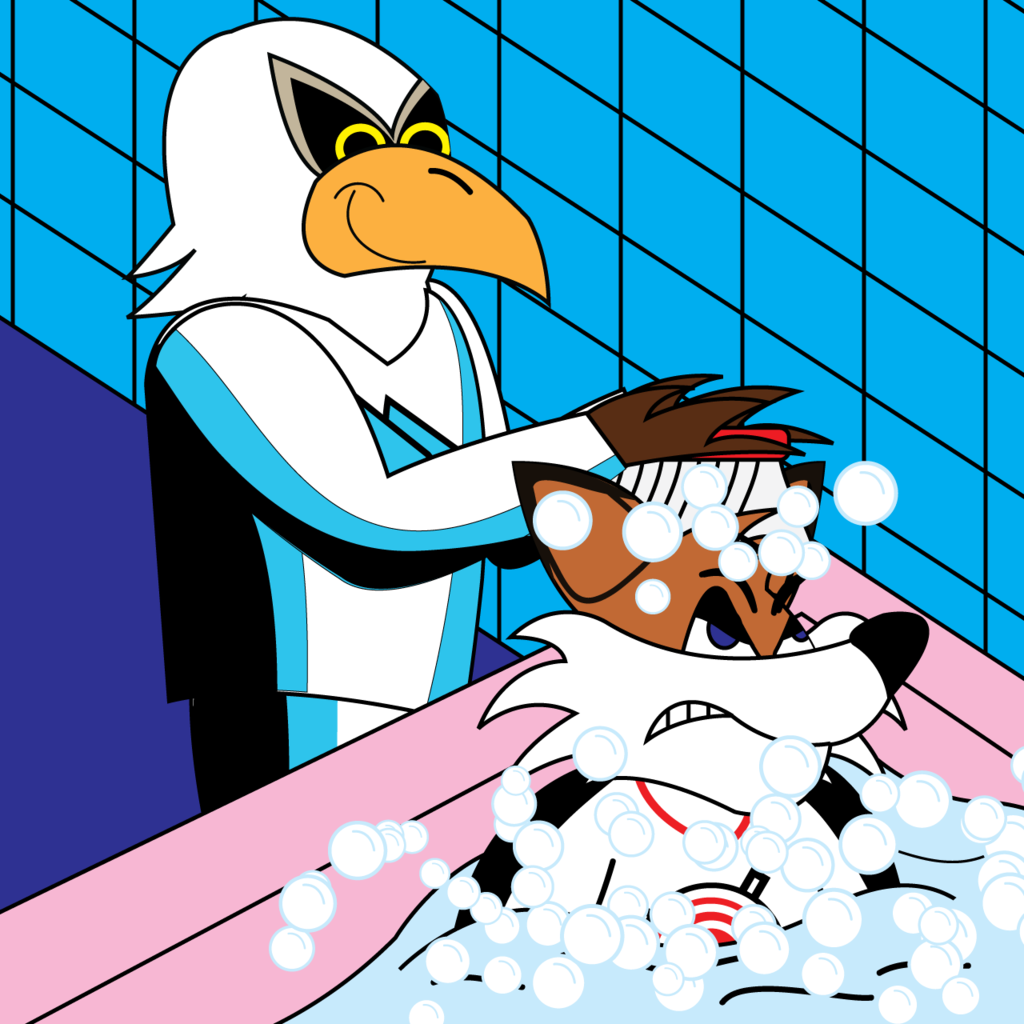 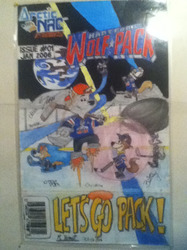 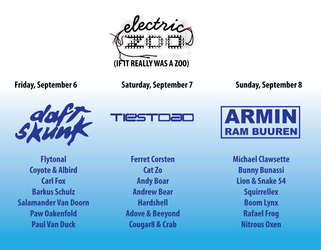 I made up a story where Bomber makes a bet with K-Hawk that whichever team loses, the mascot of that team has to take a bath from the mascot of the winning team. As already mentioned, the Knighthawks beat the Stealth, and here is a pissed of Bomber getting a bath from K-Hawk. XD